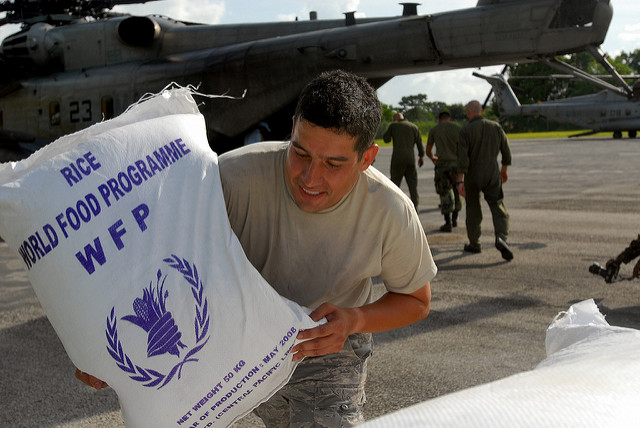 The solution to increasing the efficiency of USAID is indisputable. If the United States undoes shipping industry requirements that demand aid transport on American ships, the nation can feed more people at a lower cost. Here are all the facts you need to convince patriots that loosening United States shipping industry restrictions, not tightening them, is best for America.

The World Food Programme studied the role of hunger in cross-border migration. They discovered that “countries with the highest level of food insecurity…have the highest outward migration of refugees.” This statement supports the main thesis of the WFP: migrants seek security and safe living environments.

Politicians debate how to best help refugees abroad and whether America’s borders should open for migrants. Compelling arguments exist on both sides. One way to cut this Gordian knot of a debate is to alleviate the conditions that cause migrations in the first place. In short, less hunger results in fewer refugees.

But isn’t the United States shipping industry helping the world when it provides aid across the ocean? Though America does deliver a large portion of the world’s food, the country is not always best suited to help.

The magazine World Development conducted a study concerning the effectiveness of food aid. They discovered that acquiring food locally during a crisis is not only more cost-effective than oceanic food shipments by over 50 percent, but that locally delivered food saves, on average, 14 weeks compared to American deliveries. To save time (and money), the United States government could just provide food vouchers and significantly decrease world hunger. The American Enterprise Institute agrees, noting that shipping aid on U.S. vessels costs 46 percent more than aid sent at international rates.

By law, 50 percent of all food aid must be transported on U.S. flagged vessels. Half of the U.S.’s foreign food aid budget ($1.4 million) goes to shipping and storage. These regulations originate from the Jones Act, a 1920 bill designed to maintain domestic maritime commerce in times of emergency or war.

The American Maritime Partnership maintains this status quo by lobbying for the United States shipping industry. Even when Puerto Rico suffered from the destruction of a hurricane in 2015, the AMP considered the Jones Act crucial for U.S. security and refused to support a waiver.

In June 2017, the Trump administration drafted an executive order that would require all U.S. food aid to be transported on U.S. ships. This order was never finalized, despite Trump’s stated policy of supporting American businesses. The order stalled, in part, due to bipartisan opposition. In response to the reported draft, both Republicans and Democrats sent senators to inform the executive branch that Congress would not support such a measure. The Trump administration later waived requirements from the Jones Act in order to deliver aid to Puerto Rico after Hurricane Maria in 2017.

International welfare enjoys support from both sides of the aisle. Advocacy and communication from Democratic and Republican citizens have made their voices heard. Through organizations such as The Borgen Project, these voices declared that supporting foreign aid will support the American economy. The same activism has the same potential to make the foreign aid budget work at peak efficiency as well.