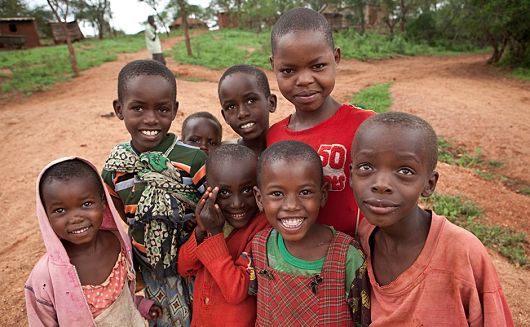 Eradicating global poverty is an undeniably massive and difficult task. From lack of food and shelter to ineffective medications and governments, it seems almost entirely impossible for an ordinary person to provide any help for developing countries with such circumstances. Bring in a group of ordinary people, however, and a solution is attainable.

The United Nations set a goal to reduce global poverty and did – overwhelmingly so. In 2000, 191 countries of the U.N. created the Millennium Development Goals, a set of eight goals that sought to cut extreme poverty in half by 2015.

Since then, the Goals have helped 700 million people overcome extreme poverty. From 1990 to 2010, the efforts of the U.N. reduced global poverty by half, five years before the target date. Today, the amount of undernourished people in developing countries has decreased from 23 percent in 1990-92 to 14 percent.

Furthermore, the U.N. wanted to see universal primary education. By 2010, enrollment in primary school had reached 90 percent, an eight percent increase from 1999. By 2012, the number of children not attending school had declined by two million.

Such successes have been achieved not only through foreign aid but also through several programs that teach impoverished communities to lead sustainable lives.

This September, the U.N. will meet again to develop new goals and advance old ones for international development through 2030. The global goals, called the Sustainable Development Goals​, are shaped to end extreme global poverty, fight gender inequalities and address climate change. One objective for the next 15 years is to lift another 1.2 billion people out of poverty.

Additionally, the new set of goals will address the 842 million people that remain hungry, as well as the unfortunately high number of children that are not receiving a proper education. Though the number of children in school today is at its highest, 126 million youth between the ages of 15 and 24 remain illiterate.

Unquestionably, the U.N. has made a significantly positive difference in the reduction of global poverty since 1990, having met or exceeded several criteria from the Millennium Development Goals. However, the fight against global poverty is not over, and the U.N. will continue to fight until it is completely eradicated.