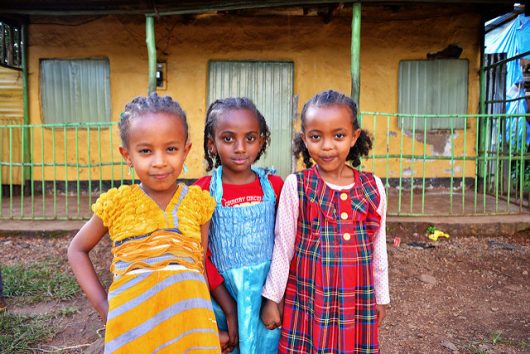 Thirty-one million school-aged girls are not in school, and 17 million of them are likely never going to be. Almost 60% of those who do not complete primary school are girls, and two-thirds of the world’s illiterate are female.

The United Nations Girls’ Education Initiative (UNGEI) is an organization formed 17 years ago out of Dakar, Senegal. Then-U.N. Secretary-General Kofi Annan founded the initiative to improve the educational opportunities for girls and gender equality across the globe.

The UNGEI is in partnership with 24 other organizations including Campaign for Female Education (Campfed), The Commonwealth Secretariat and the Global Partnership for Education (GPE). The value in these partnerships contributes to the efficiency and functionality of the legal movement of these organizations’ collective goals via resident policymakers. By expanding its network through partnership, the presence of the organization is strengthened and enables the project to improve conditions globally by working locally.

All stakeholders in the UNGEI promote change through policy advocacy. According to their website, UNGEI cites these four crucial focuses as targets:

These goals are accomplished through policy solutions that involve gender issues in education. UNGEI actively advocates to chief platforms that influence education policy and funding allocation.

In 2003, Annan stated that, “if we are to succeed in our efforts to build a more healthy, peaceful and equitable world, the classrooms of the world have to be full of girls as well as boys.” A growing economy and the formal education of girls are positively correlated. The prevention of HIV/AIDS and a decreased occurrence of infant and maternal mortality are guaranteed when more girls are educated, Annan argues.

A 2012 Education for All Global Monitoring Report found that if all mothers completed primary school education, maternal deaths would decrease by two-thirds. Furthermore, there would be a 15% reduction in child deaths, and malnutrition would affect 1.7 million fewer children.

On March 8, 2017, UNGEI and Global Partnership for Education launched the Guidance for Developing Gender-Responsive Education Sector Plans. This outline helps guide developing nations toward a gender-sensitive educational environment. UNGEI has greatly contributed to the increase in children attending school.

Today, the United Nations Girls’ Education Initiative continues to strive toward its mission’s core values. Data suggests that by 2050, only five countries will have a rate of above 20% of the population receiving no education, and with continued work by the UNGEI, perhaps these countries can someday reach a 100% education rate.