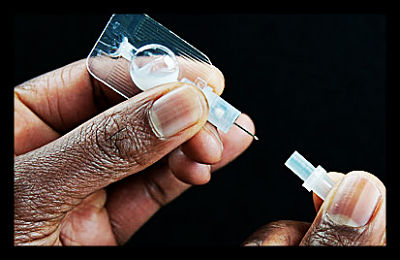 In a given year, USAID immunization programs have been able to save over 3 million lives. The potency of a single injection in preventing life threatening diseases like measles, malaria, hepatitis, and others has been proven time and time again. Yet, with such benefits come some seemingly unavoidable costs, particularly the spread of infection caused by reusing syringes.

That is where Uniject comes to the fore. The product of a 20-year-long effort, Uniject has already been widely embraced as a mechanism of safeguarding the lives of this and coming generations. With funding from the United Agency for International Aid and Development (USAID), PATH, a Seattle based non-profit organization working to better global health through innovation, has developed the innovative “Uniject autodisable injection system.” From contraceptives to vaccines, Uniject has made medicine safer and more accessible to millions. It takes the medicines that save lives and then apportions them into individual sized packages, each carrying the medicine that could save one life.

The genius of this model lies in its one-time use. Indeed, reusing syringes has posed a serious threat in the global fight against preventable disease. In 2009, 20 million immunizations were given using syringes contaminated with the blood of HIV-infected patients. In the developing world, the average person receives an unsafe injection such as this about once a year—with grave consequences. Research has shown that reusing a syringe, even indirectly, can spread HIV from one patient to four others.

Autodisable systems, like Uniject, have done a great deal in alleviating this dilemma. In 2010, the use of autodisable syringes brought down the average hospital stay in Tanzania from seven days to three days. Similar results have been achieved across the developing world where Uniject has been distributed. Learn more at http://www.path.org/projects/uniject.php.