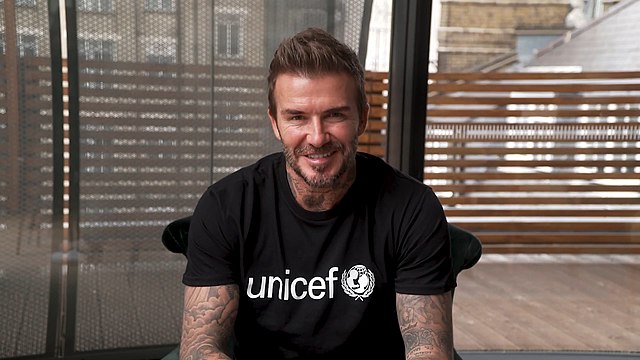 UNICEF has been fundraising with a yearly soccer match since 2006 called Soccer Aid. It has managed to raise approximately £36 million since it began. Money goes toward UNICEF projects that focus on COVID relief, food, clean water, protection against violence, exploitation and abuse. UNICEF is currently working on many projects globally, but all of them focus on children. The organization works in more than 190 countries, and its main goal is to give every child a fair chance. It mainly focuses on saving lives, defending children’s rights and helping children attain their full potential. David Beckham in particular has become a significant part of UNICEF, and he is volunteering to help with the upcoming UNICEF Soccer Aid 2021 event.

Who is David Beckham?

David Beckham is a retired English soccer player who has won league titles in four countries including England, Spain, the United States and France. He played for 20 years winning more than 15 trophies. He tallied six Premier League titles, two FA Cups, one European Cup, and one Intercontinental Cup within 12 years. He’s worth $450 million and is donating his time and money to programs within UNICEF that help vulnerable children. He has specifically been involved as a Goodwill Ambassador.

He has worked and led efforts with The David Beckham UNICEF Fund, the #EndViolence campaign, and has been helping with UNICEF since 2005. Each of these efforts focuses on child survival, violence, education and bullying. The David Beckham UNICEF Fund, more commonly known as the 7 Fund, is a major effort he works on. This partnership focuses on children, especially girls, who are subject to bullying, violence, child marriage and miseducation. Beckham travels to different countries to apply the 7 Fund and put it into action.

One of Beckham’s most recent projects was helping with Soccer Aid for UNICEF 2021. UNICEF Soccer Aid is set up between England and its opponents once a year. The soccer match is organized as a charity event that raises money for impoverished children. The proceeds will go toward child wasting, which is an extreme form of malnutrition. Beckham awarded the trophy to the winning team. He also announced that the Children’s Investment Fund will match each donation made during the event. In 2020, 9.3 million euros were raised for the fund.

How did it go?

The game took place on September 4 at Manchester City’s Etihad Stadium. The game was broadcasted live on ITV and STV. Tickets could be purchased online.

Even those who couldn’t attend the game could still donate. In 2021, Soccer Aid raised more than it ever had before, racking up donations worth a little more than 13 million pounds. UNICEF already works with children’s education, malnutrition and health care. Donations made to the fundraiser will help UNICEF distribute vaccines around the world and continue various projects.