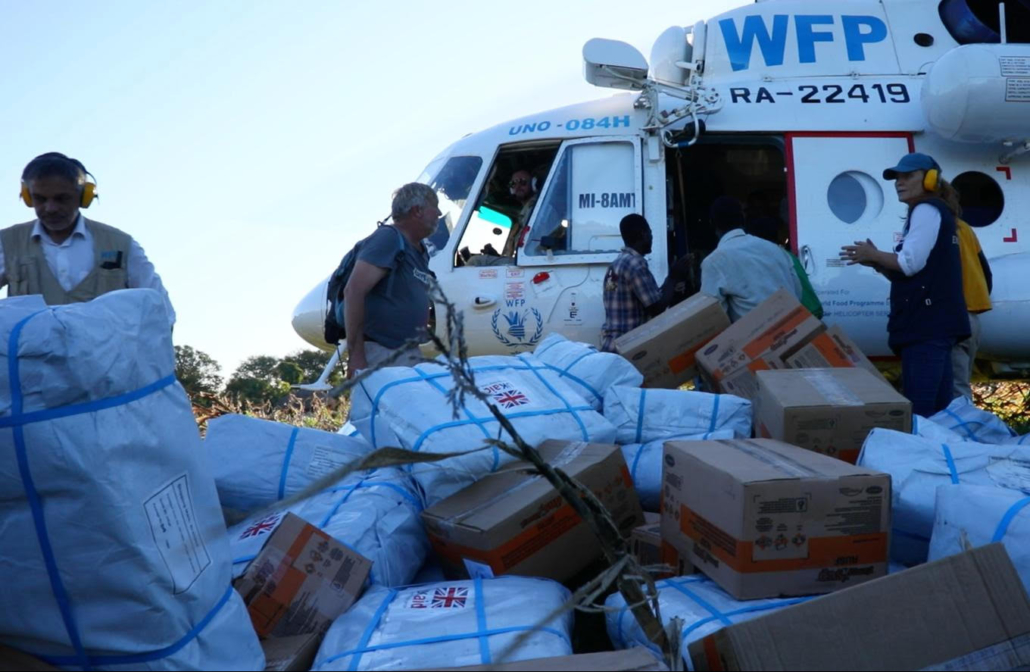 The World Food Programme (WFP) has been facing significant challenges in helping Afghans struggling with poverty and food insecurity. The Integrated Food Security Phase Classification (IPC) said that “nearly 20 million people are facing food insecurity” in Afghanistan. Furthermore, the IPC said that 6.6 million of them are struggling with “acute hunger.” The key factors exacerbating food insecurity in Afghanistan are sharp economic decline, drought and high prices for food. However, the U.K.’s foreign aid to the WFP alleviates that burden which allows the organization to help the Afghans.

The Importance of Foreign Aid

The financial assistance from the U.K. and even other countries, allowed the WFP to provide nutritional support and emergency food to 17 million Afghans, according to the WFP’s website. This highlights the importance of foreign aid spending in saving the lives of those living in poverty or below the poverty line.

There was a feeling of hopelessness amongst international affairs observers regarding Afghanistan after the Taliban came back to power and the economy deteriorated sharply. Nevertheless, the financial assistance the WFP has received from countries willing to help gives people hope that Afghanistan can be rebuilt one Afghan at a time. The proof is in the accounts of the Afghans the WFP is helping.

The Success Story of Alia and Her Husband

The Taliban takeover of Afghanistan and the pandemic has caused many Afghans, especially women, to lose their jobs and livelihoods. Alia used to own a beauty parlor in Afghanistan and her husband worked as a mechanic and both provided for their “four sons and three daughters,” the WFP reported.

However, after the economy collapsed and the Taliban took over, Alia lost her job because the Taliban would not allow women to work and her husband stopped working “because of health problems.” Nevertheless, the U.K.’s foreign aid to the WFP gave Alia, her husband and her children income and food. Furthermore, their children were also able to go to school afterward. However, they are not the only Afghans who received foreign aid that stabilized their lives.

The Story of Asefullah and His Family

Asefullah is a 13-year-old kid living in the Khost Province of Afghanistan with his “family of seven.” The family is living in poverty and their only source of income is the oldest sibling who “makes enough to buy bread and nothing else,” according to the WFP. However, after the U.K.’s foreign aid to the WFP, Asefullah and his family “no longer face many problems” because the food they have received kept them “alive for the past nine months.”

The story of Alia, Asefullah and their families shows the necessity of preserving or even increasing, foreign aid to developing and war-torn countries. Foreign aid not only reduces poverty but also saves families struggling to make a living.

How Much the UK and Other Countries Spend on Foreign Aid

Furthermore, on May 16, 2022, the U.K.’s foreign office pledged to spend £3 billion on humanitarian aid “over the next three years,” considering it “a priority,” BBC reported. In fact, the U.K.’s foreign aid to the WFP in 2021 was £376.260.054 making it the fourth-largest donor in 2021. In other words, the lives of people struggling with poverty and food insecurity depend on the foreign aid budget of countries, specifically powerful ones such as the U.S. and the U.K.

Unfortunately, many countries had to reduce their foreign aid spending due to the economic impact of the COVID-19 pandemic. Thus, it was reasonable to conclude that countries would not be able to tackle poverty and food insecurity in developing countries. Nevertheless, U.K.’s foreign aid to the WFP managed to stabilize the lives of families in Afghanistan. Therefore, this proves that the recent trend of reducing the foreign aid budget has not impacted the determination of powerful countries to help the vulnerable in developing countries globally.