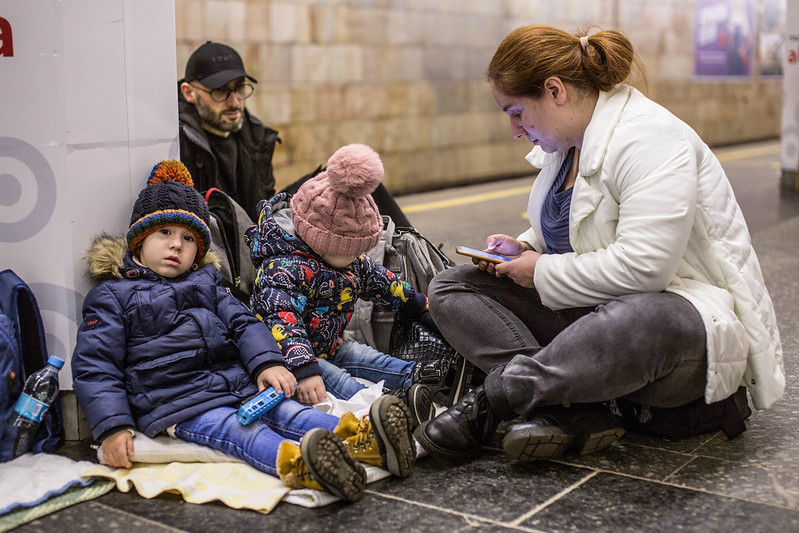 The war in Ukraine has had several impacts on the world but most importantly on the Ukrainian people through Ukraine’s public health sector. In fact, the Russian army shelled many hospitals which strongly limited the people’s access to medication and proper health care services. Not to forget that war, the movement of big masses of people from one place to another and the lack of access to clean water, create a favorable environment to increase the spread of viruses and diseases. Ukraine has also had a fragile health sector before the war, being one of the countries with the highest number of HIV-infected people in Eastern Europe. Not to forget the COVID-19 pandemic and most recently a poliovirus outbreak that the government did not have time to handle properly.

Two of the main issues in Ukraine’s public health are HIV and tuberculosis viruses. More than 1% of the Ukrainian population is infected with HIV and the ongoing war caused a disruption in the health care system, leading to a potential lack of medicines used to treat HIV and tuberculosis patients. Tuberculosis is the main cause of death among HIV patients in Ukraine, which underlines the importance of providing proper medication for it. Especially since the country has the world’s highest number of multidrug-resistant tuberculosis, meaning that patients must regularly take their medication or else their situation will degrade quickly.

Many people with tuberculosis are seeing their symptoms worsening because of the bad air quality they must deal with in the shelters. This also means that they can transmit the virus to other people present with them, according to Al Jazeera.

Back in October 2021, a few months before the beginning of the war and 19 years after Europe was declared polio-free, a young Ukrainian child received the diagnosis of polio. Later, positive polio cases started to increase and the government in collaboration with the World Health Organization (WHO) started a vaccination campaign on February 1, 2022. Unfortunately, this campaign has stopped with the start of the war and although many children received their vaccines there remain around 100,00 who need to receive vaccines to consider this outbreak under control, TIME reports. Polio which was already a serious threat to Ukraine’s public health, given the low vaccination rate during COVID-19, is now very difficult to handle due to the war and its highly contagious characteristic.

The danger of these infectious diseases in times of war and displacement of many individuals all around Ukraine but also the rest of the world is the spread of these viruses without the capacity to track the refugees who might be carrying them and thus transmit them to other populations.

When the war started, the UNAIDS stated that Ukraine has only a few weeks of medicines in reserve for its HIV patients. To preserve Ukraine’s public health and avoid the spread of the virus, the WHO along with the United States President’s Emergency Plan for AIDS Relief provided the Ukrainian government with enough antiretroviral medication for the next 12 months. Without forgetting of course the civil society in Ukraine and the help it is providing to make sure that medicines reach every patient on time.

Concerning polio, UNICEF along with Ukrainian health workers is setting up “blue dot centers” all along the refugees’ route, vaccinating a maximum of people against polio, according to TIME. Thus, limiting its spread in the countries, they are fleeing to.

Hence, among the numerous impacts that the Russian invasion of Ukraine had on the country is the destabilization of Ukraine’s public health. With an already fragile health sector, Ukraine had to deal with several health issues with relatively no proper means due to the war. Nonetheless, the country can count on foreign aid to preserve the health condition of its people and also prevent from spreading of different illnesses around the globe.