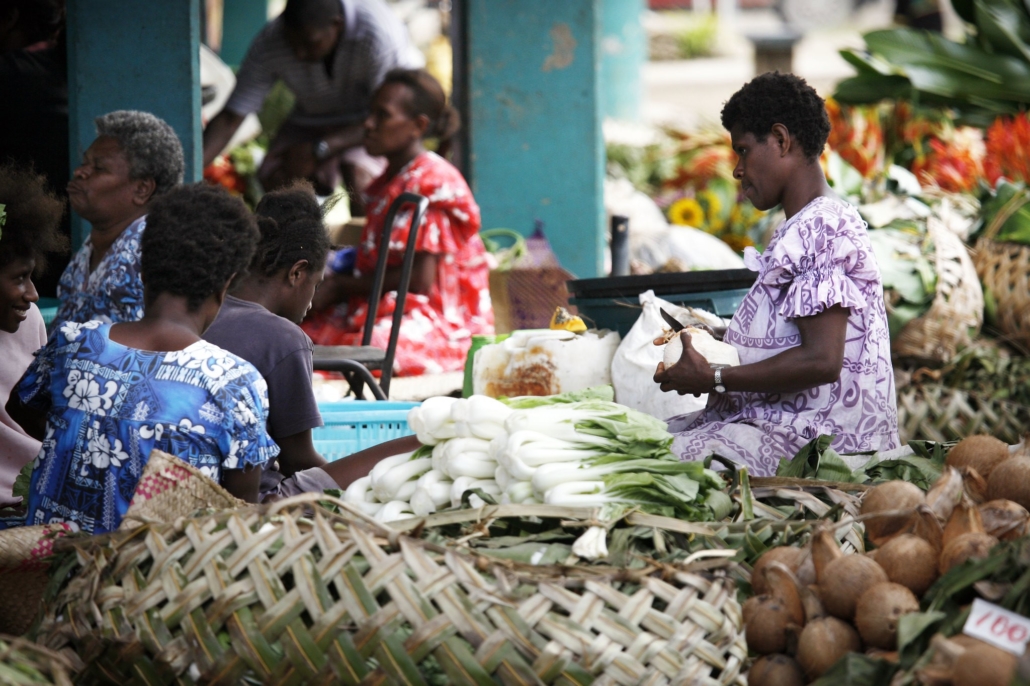 The nation of Vanuatu, located in the South Pacific, consists of more than 80 individual islands. In 2020, around 16% of the nation lived below the national poverty line, according to the World Bank. As one of the most at-risk countries for natural disasters, frequent cyclones and earthquakes hinder economic development and damage infrastructure. On April 6, 2020, right after Vanuatu closed its borders to prevent the spread of COVID-19, Tropical Cyclone Harold damaged or destroyed about 885 schools. Since about three-fourths of the population lives in rural communities as of 2020, getting adequate relief to these areas after a natural disaster can be challenging. However, with recent innovations in poverty eradication in Vanuatu, access to rural areas and disaster relief are improving.

Natural disasters can sometimes prevent imports of goods into Vanuatu, often limiting the food supply. Vanuatu-based food advocate Votausi Lucyann Mackenzie-Reur tells Devex some Ni-Vanuatu are more dependent on food imports rather than local farming and cooking. So, natural disasters that block imports hit some communities harder, as a strong local food supply is lacking. To create a more disaster-resilient food supply, the TV series “Pacific Island Food Revolution” advertises local foods by hosting cooking competitions among different chefs. The goal of the show is to promote the growth and consumption of local indigenous foods. Local food advocates seek to have a larger local food supply when trade slows, which also benefits the local economy.

Blockchain technology, a platform on which data exists in a secure, “unhackable” setting, is assisting during disaster relief in Vanuatu. Oxfam, a leader in delivering humanitarian assistance, began the UnBlocked Cash initiative in 2019. As of April 2021, the UnBlocked Cash initiative has helped more than 35,000 people receive aid in Vanuatu. Monetary aid received through cards and smartphones gives people more freedom to buy exactly what they need from local businesses, instead of aid groups importing select items. People can buy food, medical necessities, emergency supplies and home rebuilding materials using the aid on blockchain.

So, disaster relief directly involves local businesses in the economy as recipients use blockchain at these locations. In addition, blockchain technology had the benefits of minimizing distribution costs by 75% and decreasing the delivery time of aid by 96%. With this innovation in poverty eradication, aid organizations can almost immediately upload funds to recipients’ accounts for them to use on essentials after a natural disaster.

With almost 75% of the population living in the rural areas of Vanuatu, some communities may only be accessible by boat or by foot. But through the U.N.’s Office for Coordination of Human Affairs (OCHA), the Digital Humanitarian Network began using drone technology in 2015. With the first use of drones after Cyclone Pam, the technology continues to make rural communities more accessible.

Beyond disaster relief, drone technology is developing to serve other innovations in poverty eradication in Vanuatu. In 2018, the Vanuatu Ministry of Health, along with UNICEF, began using drones to distribute vaccines to rural areas. Before drones, it could take days on boat or foot to reach remote villages. With vaccines needing temperature-controlled storage, some vaccines were unusable by the time they reached some communities.

But now, drones can get to rural communities quickly, while using technology in the storage to ensure the temperature remains at a safe level. Contracting with drone companies Swoop Aero and Wingcopter, the pilot program began by serving 39 rural communities. As a result, children and adults in remote areas of Vanuatu receive essential vaccines that protect their health.

With remote geography and frequent natural disasters, getting aid to parts of Vanuatu can be difficult. But, with recent innovations in poverty eradication in Vanuatu, ranging from TV shows to drones, aid can reach the people of Vanuatu faster.