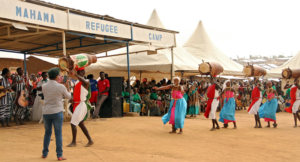 On April 14th, 2022, the United Kingdom signed a deal with Rwanda to send illegal asylum seekers to the African country and process their asylum claims there. The U.K. paid Rwanda £120 million (about $144 million) and promised to fund the logistics of the process. Though the Home Office claims the deal will disrupt the business of people smuggling, Rwanda’s past human rights violations led to many critiques that the humanitarian risks of the U.K.-Rwanda deal outweigh its potential benefits.

The Deal Set in Motion

The first flight to Rwanda was scheduled for June 14th. However, charities such as Care4Calais and Detention Action, along with individual asylum seekers’ lawyers, fought the flight on legal grounds, leaving only seven out of the initial 37 destined to board the plane. The Supreme Court, however, upheld the Court of Appeal’s decision to reject a motion to cancel the flight.

Before the flight could take off, the European Court of Human Rights (ECHR) issued an interim emergency measure after an Iraqi asylum seeker’s request. As the ECHR is not an EU body, the U.K. is still a member despite Brexit and must abide by the court’s decision.

The ECHR demanded that the U.K. and European courts take more time to decide whether the deportation was lawful. As per the U.K. legal system, the logic behind the measure applied to the rest of the passengers and the flight was canceled.

The Geneva Convention 1951’s principle of non-réfoulement states that countries must accommodate those who flee persecution and cannot displace or return them to dangerous territory. The ECHR issued the interim measure because it considered that the Iraqi asylum seeker could face a “real risk of irreversible harm” in Rwanda, BBC reports.

Countries repeatedly infringe the principle by finding ways to remove migrants from their territory into a neighboring state, imposing additional entry requirements, or refusing access altogether. But transferring asylum-seekers to a country with a severe history of violating human rights 4,000 kilometers away would set a new precedent.

The U.K. has denounced Rwanda’s human rights violations and its refusal to investigate allegations of torture and deaths in custody in the past. Moreover, in February 2021, the British High Commissioner to Rwanda advised the government against choosing Rwanda as a candidate for deporting immigrants. The High Commissioner’s memo reported that Rwanda allegedly “recruited refugees to conduct armed operations in neighboring countries” and reinstated the country’s numerous human rights violations, according to AP News.

Yet, since April, Downing Street denies any human rights risks of the U.K.-Rwanda deal, going as far as to say that the East African country is one of the “safest countries in the world.”

An internal government memo two days before the deal’s signing further explains Downing Street’s claims. The message warned that if the U.K. chose Rwanda, it would have to close a blind eye to Rwanda’s human rights violations and prepare itself to face challenges from Parliament and NGOs.

Although Rwanda’s GDP has been growing since 2010, the country has made little progress in reducing poverty in its rural areas – yet about 70% of Rwandans are subsistence farmers, according to BBC. Kigali saw its poverty rate decrease due to investments in the tourism industry, but extreme poverty rose in the Southern Province. Moreover, around 57% of Rwandan households face food insecurity and the pandemic exacerbated the effects of the crisis, with even more Rwandans falling into poverty.

About 150,000 refugees from other African countries currently reside in Rwanda. According to a 2019 paper on the influence of Congolese refugees on Rwandan communities, the refugees’ presence brought both direct and indirect benefits. Rwandans living closer to a refugee camp had more chances to have wage employment rather than living as subsistence farmers and females had more chances for self-employment. Hence, Rwanda’s economy can benefit from migration.

However, the deported asylum-seekers to Kigali would likely fail to integrate as the intra-region migrants did. Most refugees already living in Rwanda don’t have a job and rely on welfare, according to BBC. If the system is overwhelmed, the risks of the U.K.-Rwanda deal mean that asylum seekers and Rwandans may fall into poverty. The Rwandan government initially stated it could accommodate 1,000 migrants from the U.K. – a claim the U.N.’s refugee agency questioned – before recently admitting the country only has space for 200. Nonetheless, the government assured that it would expand its capacities, a claim that, if not upheld, jeopardizes Downing Street’s ability to reap the deal’s economic benefits.

Future of the Deal

Despite being fully aware of the humanitarian risks of the U.K.-Rwanda deal, Downing Street chose to pursue the policy. The Supreme Court’s judicial review of the policy is due in September, according to BBC. Until then, it remains to be seen whether the courts deem Rwanda a country where asylum-seekers can find refuge without violating their rights and further worsening the host country’s situation.