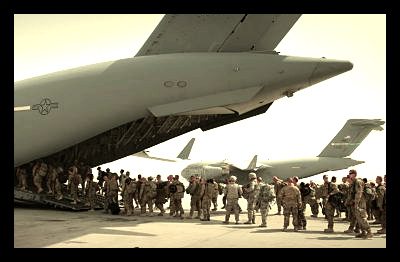 The roller coaster ride of U.S. involvement in Afghanistan continues to twist and turn even as it nears its end. If security issues and a Taliban insurgency are not put in check, the withdrawal of U.S. troops could cause getting off of that symbolic rollercoaster to be even bumpier and more dangerous than the rocky ride itself.

The Taliban, in the short term, are not expected to take over the country, Afghan security forces, standing at 350,000, greatly outnumber the current 84,000 international troops deployed in the region.

Even as international troops are deployed to less than one fifth of their present number, Afghan’s provincial capitals are mightily defended. The largest city in Afghanistan’s south, Kandahar, has seen attacks by insurgents drop in half since 2011 at the high point of influence by American troops.

So, what is there to worry about?

Impending elections and the vulnerability of small outlying outposts torment the collective conscious of Afghan civilians. Smaller districts experiencing a pullback of international troops have described in increase in attacks by the Taliban. Residents fear a takeover by these insurgent forces in the coming years of political transition and global extraction.

Wheat in some districts rose to numerous times its normal price as a result of roadblocks and other siege methods used by insurgents. In these cases, the Taliban has surrounded some towns and cut off supplies while prohibiting police and soldiers to access medical attention for simple injuries or illnesses, leaving them to die from preventable causes.

Upcoming elections mean Afghan president Hamid Karzai, accused of fraternizing with the Taliban enemy, will be stepping down. Fraud, corruption and security issues are not absent from the problems anticipated in the election process. It is possible to stop these complications from having substantial impact on the legitimacy of the election as a whole, yet there must be guidelines and rules to keep the situation in check.

It would be sophomoric to assume these rules would completely resolve extreme mistrust and conflict between candidates and their parties, and as such the international community has been advised to keep this in mind. The concept of an internationally mandated mediator is on the table, and could possibly ease tensions to some degree. Some even surmise that the election process may help advance peace talks with the Taliban.

U. S. involvement in Afghanistan has been, some may say, far too long. Reducing troop numbers and assistance levels is a necessary step to eventual withdrawal from the country.

Yet how much security remains necessary is under debate.

In order for a few NATO troops to remain in the country to advise and help administer the transitional process, Afghanistan and the U.S. need to sign a bilateral security agreement. Karzai is hesitant in this regard, having refused to sign the document multiple times.

Self sufficiency and independent governance in a secure and prosperous environment are among many hopeful goals the international community sets for Afghanistan’s future. These goals are not unachievable. It just may take some time, and some awareness of the country’s situation, to get there.