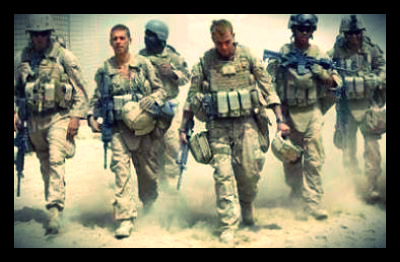 By the end of 2014, the United States is expected to have all of its troops withdrawn from Afghanistan after 13 years of occupation. Public opinion in the U.S. heavily favors troops leaving Afghanistan before the proposed deadline. A majority of Americans now believe that the initial occupation of Afghanistan in 2001 was a mistake.

U.S. President Barack Obama’s administration has stressed the importance of pulling out of Afghanistan for years, but now Obama is trying to land a deal with the Afghan Government that will allow several thousand military personnel, Special Forces troops, and CIA members to stay in the country through 2024. Why would the U.S. effectively ‘end the occupation of Afghanistan’ while leaving behind thousands of workers for the next 10 years? There are two possible explanations that could explain why the U.S. is opting to remain in the region and not just let the Afghan government completely take over.

First, the U.S. government fears that if they leave Afghanistan in the same way they left Iraq, the country could lose ground to al-Qaeda. The Iraqi government has already lost two cities that were considered major wins for the U.S. troops during the fighting in 2004, Fallujah and Ramadi. The U.S. pulled out of Iraq before reaching an agreement between both governments that was similar to what they are working on in Afghanistan. Not securing an agreement meant the U.S. had no control over the political development in Iraq. Al-Qaeda and groups affiliated with al-Qaeda have since begun gaining more ground in the western Anbar province.

Another reason that could be compelling the U.S. to maintain a presence in the region is because the only Middle Eastern Pentagon base is in Afghanistan. Afghanistan is a strategic geopolitical asset for the U.S. It borders Iran, China and Pakistan, so it sits in the center of an area of the world that the U.S has many vested interests. Maintaining top officials in the country can help influence U.S. interests throughout the region.

If the U.S. does not pull all of their officials from the region, there is a possibility of continuing a smaller scale occupation until 2024. On the other hand, if the U.S. completely leaves and al-Qaeda and other military groups regain control of the region, more problems could be created for the U.S. and for citizens of Afghanistan.