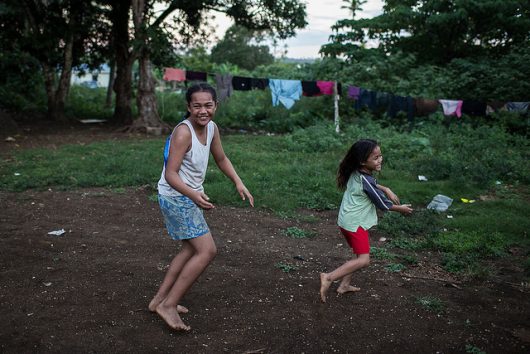 By looking at Tonga and the United States on a map, it would seem the two countries share very little in common. However, despite their apparent differences, the U.S. and Tonga share a deep relationship and align closely with a number of important global issues.

Evidence of this relationship is shown through U.S. foreign aid to Tonga, aid which directly and indirectly comes back to benefit the U.S. This aid takes various forms, including grants from the U.S. Office of Foreign Disaster Assistance to help Tonga recover from natural disasters and grants from USAID to support climate proofing the vulnerable island country.

Tonga also receives Foreign Military Financing, providing the opportunity for Tongan officers to come to the U.S. for training and education, fostering a close relationship between U.S. and Tongan armed forces. The U.S. also provides $21 million per year to Pacific island countries, including Tonga, in accordance to the Tuna Fisheries Treaty, which gives U.S. fishing vessels access to Pacific island fisheries.

In purely economic terms, the benefit is relatively minimal. Although the U.S. is one of Tonga’s primary trade partners and runs a trade surplus with the island country, the surplus is only about $11 million annually. However, the trade surplus and role of the U.S. as a primary trading partner with Tonga does indicate that U.S. foreign aid to Tonga has played a part in establishing closer economic ties between the two countries.

The biggest way the U.S. benefits from foreign aid to Tonga is stability, both in the Pacific region and the world. When foreign aid is injected into a country to help it recover from a disaster, or to help it become more self-sufficient, everybody wins. In such a case, foreign aid has a stabilizing effect, preventing large migrations, saving lives and helping to prevent future disasters. The result, besides the obvious humanitarian benefit and lives saved, is the stabilization of a volatile region and the fostering of a close ongoing relationship looking towards the future between the recipient and the donor of aid. In this case, the U.S. benefits greatly from a stable and closely aligned Tonga for various reasons. On one hand, friendly relations with Tonga and the U.S. allows for mutually beneficial cooperation between both countries, such as access to Tongan tuna fisheries by U.S. fishing vessels.

Friendly relations between the U.S. and Tonga, as facilitated by U.S. foreign aid to Tonga, also benefit the U.S. by giving it a close ally in the Pacific, a highly important geopolitical area. The importance of Tonga as a U.S. ally was recently reinforced during the RIMPAC military exercises in the Pacific. Among 26 nations to join the exercise, Tonga was the only country from the Pacific islands to participate. The inclusion of Tonga in such an important exercise indicates its importance to the U.S., while also demonstrating how U.S. foreign aid has brought the two nations together.

The most important takeaway from analyzing the relationship between the U.S. and Tonga is that foreign aid from the U.S. has been mutually beneficial. Because of U.S. support, Tonga has been able to recover faster from natural disasters and is working with the U.S. in preventing such disasters in the future. In return, the U.S. has gained a valuable ally in the Pacific.