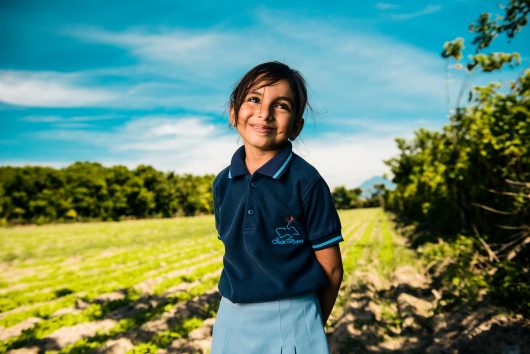 El Salvador made the transition to democracy in 1992 following the end of the civil war. Despite making leaps in social and economic development and achieving free and fair elections, gang-related crime and violence and a lagging economy have significantly impeded El Salvador’s progress. The U.S. benefits from foreign aid to El Salvador through the economy and security.

In 2014, the U.S. pledged to invest $277 million in the economy of El Salvador as part of a program called the Millennium Challenge Corporation. This funding was accompanied by a contribution of $88.2 million from El Salvador’s government. The economic investments aimed to develop coastal areas, fight poverty and stem the flow of illegal immigration to the U.S.

The U.S. benefits from foreign aid to El Salvador because increasing economic opportunity for Salvadorians encourages them to stay in the country rather than migrate to the U.S. illegally. Thousands of young Salvadorians attempt to migrate to the U.S. illegally every year due to the rising insecurity and lack of economic opportunity. Economic aid programs like the Millennium Challenge Corporation attempt to stimulate El Salvador’s economy and provides the incentive for young Salvadorians to stay.

Economic growth in El Salvador would also open up new markets for the U.S. economy. Thus, the economy of the U.S. benefits from foreign aid to El Salvador when it is progressing and growing.

Gangs are also a major problem for the country. El Salvador had the highest homicide rate in the world in 2015.

These gangs were shaped by the decade-long civil war that began in 1980. Leftist groups battling the government materialized as gangs when hundreds of thousands of young Salvadorians fled to Los Angeles, California. They formed gangs to protect themselves from other marginalized minority groups in the city. Many members were deported from the U.S. years later and brought the gangs with them back to their home country.

In order to combat gang-related crime and violence, USAID provides aid and support to the government of El Salvador through the Improved Citizen Security and Rule of Law program. The program provides technical assistance to professionalize and strengthen the Salvadorian civil service and to enhance the public’s confidence in the Salvadorian government.

The U.S. benefits from foreign aid to El Salvador in terms of the economy and security, by providing assistance to strengthen the Salvadorian government and to aid economic development. By stemming the flow of illegal immigrants, the U.S. relieves some of the increasing political pressure domestically to strengthen its borders and curb immigration. By aiding El Salvador’s economic development, the U.S. opens up new potential markets which would, in turn, strengthen the U.S. economy.