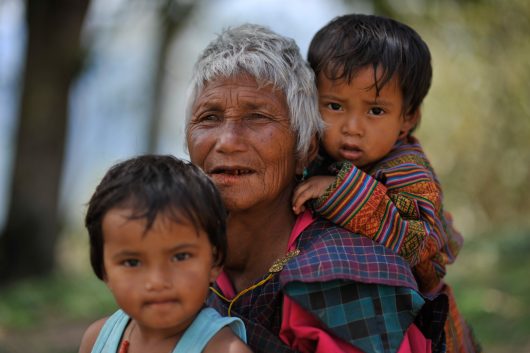 Bhutan is a small country sandwiched between India and China and the only country in the world that is carbon negative. The U.S. benefits from foreign aid to Bhutan in more ways than one can imagine. Although the U.S. and Bhutan never established formal diplomatic relations, the two countries maintain warm, informal relations via the U.S. embassy situated in New Delhi, India and Bhutan’s mission to the U.N., New York.

Both countries are members of many global financial institutions such as the United Nations, International Monetary Fund, World Bank and the Asian Development Bank.

Bhutan and the U.S.

The U.S. is one of the major indirect foreign sponsors of development of the fledgling economy of Bhutan. Yet, viewing it as an investment and not aid is more accurate as the U.S. benefits from foreign aid to Bhutan.

The World Bank granted a $9 million interest-free loan to help Bhutan develop a calcium carbide plant near Phuntsholing. As of 1990, total Asian Development Bank loans to Bhutan amounted to $30 million.

In 1987 and 1988 alone, the Asian Development Bank approved loans amounting to around $6.9 million to cover the costs of industrial estates modernization and to provide foreign currency for the Bhutan Development Finance Corporation, which in turn provided credit for agricultural projects and private-sector businesses.

Asian Development Bank loans to Bhutan for 1990-93 were projected at $35 million, plus a grant of more than $4.85 million; the aid was for technical assistance.

How the U.S. Benefits from Foreign Aid to Bhutan

As Governor Tom Ridge rightly states, “By building new markets overseas, for American products, the International Affairs budget creates jobs and boosts the economy here at home.” The opportunities in developing Bhutan could be endless!

Paving the Way: New Models of Development in Somalia How to Stop Hunger: Four Steps You Can Take to Make Change
Scroll to top