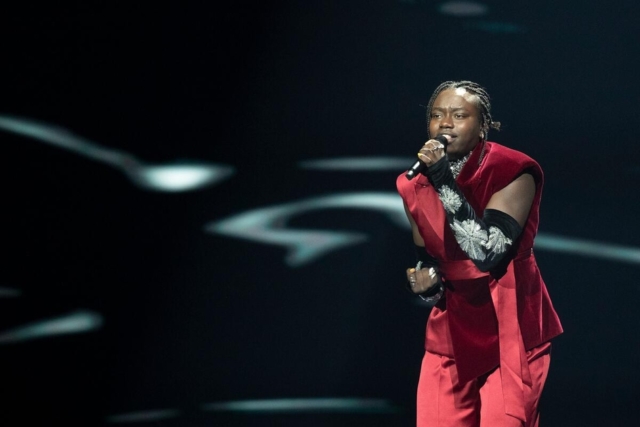 The 19-year-old singer Tusse recently represented the country of Sweden at the 2021 Eurovision Song Contest. Tusse first rose to fame after advancing to the semi-finals of Sweden’s Got Talent and later winning Swedish Idol in 2019. With the song “Voices,” Tusse took 14th place at Eurovision. As a Congolese refugee, Tusse uses his platform to educate and empower young people facing similar challenges as he has.

Tusse, whose real name is Tousin Michael Chiza, was born in Kinshasa, the capital of the Democratic Republic of the Congo, in 2002. At 5 years old, Tusse and his family fled to a Ugandan refugee camp due to the civil war in the Democratic Republic of the Congo. He left with his aunt, siblings and cousins. The escape effort separated Tusse from his parents. The family spent three years in the refugee camp until Sweden granted them asylum. The family then settled in Kullsbjörken, Sweden, in 2015 when Tusse was 13 years old. Tusse says that retaining his Congolese culture, filled with music and dancing, is what drove him to become a performer and singer, ultimately leading him to the Eurovision stage.

The Democratic Republic of the Congo is the second-largest African country and has faced conflict for decades. The country experienced its second civil war from 1997 to 2003, only a year after the end of the First Congo War. Sometimes called the “African World War” due to the involvement of several neighboring countries, the war claimed close to six million lives directly through the effects of fighting or indirectly through malnutrition, financial despair or disease. Economic and political reasons surrounding the nation’s vast mineral wealth fueled the war.

Despite a peace deal at the war’s conclusion, violent conflict continued in the Democratic Republic of the Congo. This conflict was due to poor governance, weak institutions and rising corruption. Armed conflict rose among dozens of rebel groups, consequently affecting and disrupting civilians’ lives. More than 2.1 million people were newly displaced in 2017 and 2018, nationally. In Africa, the Democratic Republic of the Congo has the highest number of internally displaced people at more than five million.

Overall, the conflict has subjected Congolese residents to significant human rights violations, extreme poverty and widespread rape and sexual assault. Efforts from the African Union and the United Nations to help implement sustainable development and defuse tensions have struggled to see success. As a result, most civilians are forced to flee and seek asylum elsewhere.

Sweden has one of the most generous refugee policies in Europe. Sweden has actively welcomed refugees seeking asylum in the country. However, there has been some domestic pushback to this hospitable policy, particularly in 2015, following the migration crisis when Sweden received more than 160,000 refugees, the most per capita in the European Union. This tension was heightened when many other European countries were unwilling to accept the influx of refugees. As a result, the Swedish government passed a temporary measure limiting refugee rights to the bare minimum of what the country had previously agreed to under international conventions. Despite this, Sweden continues to receive significantly more refugees than the rest of Europe.

Tusse uses his platform and story to empower other young refugees and educate his fans on refugees’ challenges. He works with UNICEF and recently performed at Sweden’s UNICEF Gala. UNICEF utilizes partners on the ground to deliver assistance to displaced families and support children’s needs and rights. Among other projects, the organization provides and distributes hygiene kits, clean water, vaccinations for children and treatments for malnutrition.

The United Nations High Commissioner for Refugees (UNHCR) supported Tusse and two other Eurovision performers with refugee backgrounds prior to the competition. Manizha, a singer representing Russia, fled Tajikistan in 1994, and Ahmad Jodeh, a Dutch ballet dancer, is a Syrian refugee.

Tusse uses his music to share and voice his experiences as a refugee. At Eurovision, he sang “Voices,” which is about “fellowship, freedom and the importance of all voices being heard.” By gracing the Eurovision stage, Tusse brought awareness to the struggles of his home country, the challenges of adjusting to life as a refugee abroad and the resilience of young refugees.