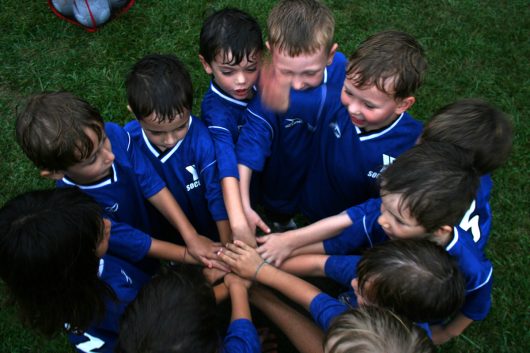 After winning the UEFA Cup and UEFA Super Cup in 2000, the Turkish soccer club has kept worldwide support for its athletic ventures. With stars like Wesley Sneijder representing the team, fans of international competitions have taken their enthusiasm to the club scene. Galatasaray is able to add on an impressive domestic following with over 20 local league cup wins, and in addition, has established bases in Turkey’s biggest city, Istanbul.

Four of the iconic Galatasaray players, “captain Selçuk İnan of Turkey, goalkeeper Fernando Muslera of Uruguay, Aurélien Chedjou of Cameroon, and the Netherlands’ Wesley Sneijder,” starred in a video promoting the new partnership between the football club and the UNDP. In the video, the players stress the idea of “leave no one behind” in a world where many are forgotten in poverty.

Outside of the film room, the club continues to make its mark. Along with the UNDP, “Galatasaray will raise funds for a diversity of programmes to tackle poverty, inequalities and exclusion across the world,” according to a UNDP article.  Even so, this isn’t the first Turkish soccer club that has set humanitarian goals. In 2014 and 2015, the organization assisted with the relief of flooded communities and victims of mining disasters.

Soccer unites people despite language, geographic and political barriers. The World Cup is the single most watched sporting event in the world, with over 700 million viewers watching the 2010 final. Millions of children, and even adults, admire the stars that play on their favorite teams. It’s only natural that these spotlighted individuals should take the lead in the fight against global poverty.

France’s Zinedine Zidane and Brazil’s Ronaldo are two iconic examples of soccer stars joining the fight against poverty. Last year the duo, along with many other stars such as van de Sar and Seedorf, put together the 12th annual Match Against Poverty, in conjunction with the UNDP and EUFA, the European soccer authority. The money from the tickets which cost “from €8 to €12” went to “aid specific projects in different countries dealing with difficult challenges.”

With power and wealth on the line, soccer’s role models quickly become the hopes and dreams of children all around the world. Youth most affected by poverty in countries with glorified soccer stars use the potential for glory and riches as motivation to conquer their own situations. Sometimes, the stories of players they watch are not unlike their own.

In Brazil, Adriano and Ronaldo are just two of those kids that have climbed out of poverty with their skills on the ball. A talent scout for Flamengo, a local professional club, says, “For Brazilian kids growing up in some of the world’s roughest neighborhoods, soccer is a ray of hope amid violence and poverty.” Around 800 Brazilian kids are able to escape the country and poverty with professional soccer careers, which is not many when the population size is considered.

Professional soccer careers are not the logical solution to poverty, but the sport is promoting poverty’s eradication in ways like Galatasaray’s public service announcement, which is in association with the Sustainable Development Goals. Soccer’s far-reaching scope and enthusiastic following can increase awareness and support for the goals of ending poverty.

Reducing Poverty: Lessons Learned from Peru The Difference Between Drought and Famine
Scroll to top