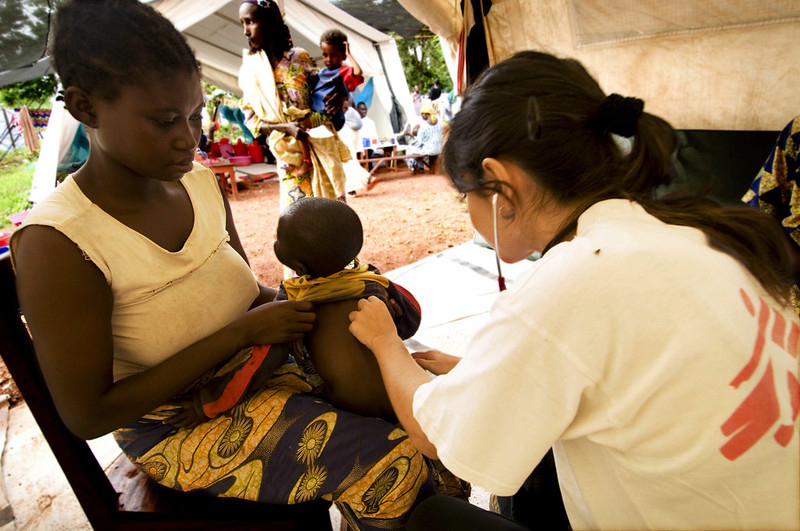 Trypanosomiasis, a parasitic infection that is transmittable to humans through bites from the tsetse fly, is an illness common only among those living in sub-Saharan Africa. People living in rural areas and those who depend on agriculture, hunting or fishing for their food are most exposed to the infection. Poverty, war and failed healthcare systems can contribute to the spread of trypanosomiasis. Proper diagnosis requires a skilled staff and early treatment can help prevent the infection from worsening. The Central African Republic (CAR) has the highest number of cases of the disease in the world. Trypanosomiasis in the Central African Republic is a pressing health issue, which demands sustained funding for treatment and medical training.

Also known as human African sleeping sickness, trypanosomiasis is most prevalent in the 36 sub-Saharan African countries, including the CAR. There are two types of trypanosomiasis. Depending on which parasite causes the disease, an infected individual could have Trypanosoma brucei rhodesiense or Trypanosoma brucei gambiense (the more common of the two). If an individual becomes sick with the latter, symptoms can go unnoticed for months or years before the infection begins to affect their central nervous system. Symptoms include fever, headaches, confusion, poor coordination and irregular sleep patterns. Transmission of trypanosomiasis can occur from mother to child, a tsetse fly bite or sexual contact with an infected person.

If trypanosomiasis goes untreated, an individual can experience worsening symptoms and can eventually enter a coma — hence the infection’s nickname (sleeping sickness). People in the CAR are especially susceptible to contracting the disease from doing agricultural work. Much of the population of the CAR lives in rural areas, depending heavily on subsistence farming to survive. More than 55% of the nation’s GDP stems from agriculture and 80% of the workforce is in the farming industry. Since citizens are dependent on farming and hunting for their food, they are at a higher risk of exposure to the tsetse fly and thus, have an increased rate of contracting trypanosomiasis.

Infected individuals’ symptoms often go unnoticed or untreated. The CAR’s political climate, high poverty rate and lack of proper healthcare centers all facilitate the spreading and worsening of the infection. As of 2018, more than 71% of the population lived below the world’s poverty level, meaning that medical staff and treatment were inaccessible to most citizens living with trypanosomiasis in the Central African Republic. The country is also recovering from the violence of late 2013, which left many hospitals and offices ransacked or closed. Due to these various factors, citizens suffering from trypanosomiasis in the Central African Republic have few options for testing and medication.

There is one well-known medication that can treat the disease, called nifurtimox-eflornithine combination therapy (NECT). Though NECT can significantly help patients with trypanosomiasis, the treatment includes multiple injections and close monitoring of the symptoms — both of which are usually unavailable or difficult to follow through to completion.

However, with combined efforts from the government and other organizations, more patients suffering from the illness are receiving treatment. With help from the World Health Organization (WHO), CAR’s government is monitoring the cases and number of deaths from trypanosomiasis and working to provide more clinics, healthcare professionals and medication. The WHO and CAR’s health sectors aim to eliminate transmission of the disease by 2030. With only 997 cases and 164 deaths reported in 2018 (the lowest number in the 80-year battle with the disease), the CAR is on track to reach this goal partially due to consistent outside aid.

One notable international organization, Médecins San Frontières, mobilizes doctors and nurses throughout the CAR to provide free diagnoses and medication for those who have trypanosomiasis. Citizens are made aware of the free medical care and the organization can screen thousands of patients.

Over the next few years, help from organizations like the WHO and Médecins San Frontières can lead to adequate testing and medication for citizens with trypanosomiasis in the Central African Republic. It is imperative that organizations and countries in a position to help — contribute trained medical staff, funding and medicine to aid in the CAR’s fight against trypanosomiasis.