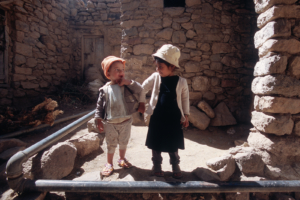 Warring factions announced a two-month truce extension in Yemen to a ceasefire agreement. The previous peace agreement expired on August 2, 2022. This is now the longest period of non-conflict during the seven-year war between the Saudi-backed Yemeni government and rebel Houthi forces. However, mistrust between the two sides runs deep. The Saudi coalition and the Houthi rebels are both accused of war crimes that violate international law.

Yemeni civilians in extreme poverty suffer the most from this violence. The extent of civilian causalities is severe. Conservative estimates from the Armed Conflict Location and Event Data Project (ACLED) claim that Saudi-led airstrikes killed more than 12,600 confirmed noncombatants. The U.N. Development Program estimates that almost 60% of deaths during the conflict come from a lack of food and water, as well as extremely limited health care services.

Yemen continues to experience one of the worst humanitarian crises in recent history. Basic government services are not available due to the circumstances of war and around 80% of the population needs support. The price of petrol and food skyrocketed as a result of rising global prices. While a temporary truce is in place, food insecurity and disease susceptibility continue to plague Yemeni civil society.

De-facto blockades limiting the freedom of movement exacerbate humanitarian concerns. Saudi Arabia blocked the flow of resources into the capital Sanaa, which Houthi forces controlled. Access to roads connecting the rest of the country, as well as the contested region of Taiz, is limited, further intensifying the struggle for food security.

These issues remained divisive during previous periods of peace. Houthi leaders accuse the Saudi coalition of not delivering the agreed number of petrol shipments into the Hodeidah port. However, the Saudi coalition blames the Houthis for not reopening roads in the Taiz region.

While the two-month truce extension in Yemen puts a bandage over the bleeding, there must be an international effort to bring sustainable peace to Yemen. Previous international efforts to end the conflict in Yemen failed to bring sustainable peace. The 2018 Stockholm Agreement prevented a battle for the port city of Hodeidah but fell short of creating a joint committee to de-escalate violence in Taiz.

With the announcement of a peace extension, the United States reopened the sale of weapons to the Saudi coalition. The Biden Administration previously halted the sale of U.S. manufactured military support for the aerial bombardment of Yemen. However, Washington approved a $3.5 billion sale of advanced Patriot ballistic missiles to Saudi Arabia and a $2.24 billion Terminal High Altitude Area Defense (THAAD) missile system for the United Arab Emirates (UAE).

While the Biden Administration claims these deals are for defensive purposes only, the stockpiling of weapons by Riyadh during periods of non-conflict does not fare well for sustainable peace. These deals only deepen distrust between the warring sides.

Outside Interference Exacerbates War in Yemen

Different neighboring countries are also prolonging the conflict in Yemen. Saudi Arabia, the UAE and Iran inserted themselves into the war. The military capacity of these countries amplifies the scale of human causalities. Before the recent truce agreements, the Saudi coalition’s indiscriminate aerial campaign devastated Yemen’s infrastructure and killed thousands of civilians.

Iran is a known backer of the Houthi rebels. While experts claim that Tehran’s influence over Houthi leadership is exaggerated, there is certainly communication and collaboration between leadership circles that share similar geopolitical ambitions. Yemen is now the site of Iran and the Gulf’s contest for authority in the Middle East.

The two-month truce extension in Yemen announced on August 2, 2022 delays Yemen’s suffering for the immediate future. However, blockades and limitations on movement, as well as high gas and food prices, exacerbate the humanitarian crisis in the country. There needs to be a sustainable peace resolution to begin rebuilding Yemen and address the pressing issues of mass poverty and hunger.

Previous international efforts to bring peace to Yemen failed to make an impact on the ground. Washington’s recommitment to weapon sales to Saudi Arabia and the UAE is harmful to negotiations. World leaders must reconvene on the conflict in Yemen and truly commit to a resolution that will bring sustainable peace.