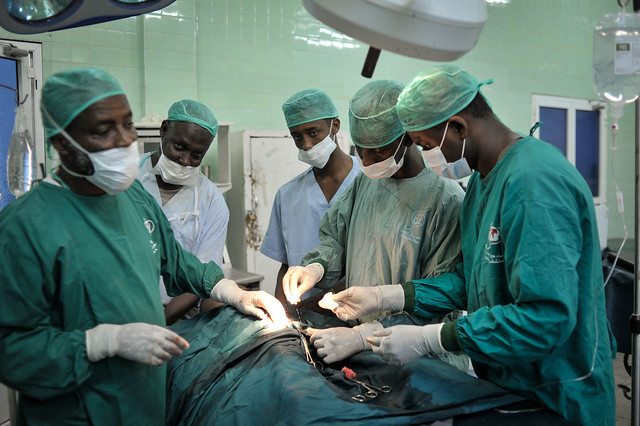 The field of injury and trauma care in developing countries is severely neglected, as injuries are predicted to account for 20 percent of all ill-health in the world by 2020. In fact, injuries cause 5 million deaths a year — more than HIV/AIDS, malaria and tuberculosis combined. Of these deaths, more than 90 percent of them occur in developing low – and middle- income countries. Thus, injuries contribute to the ongoing cycle of poverty in countries that lack equipt health care systems and preventative measures. However, despite the urgency, injury prevention research in developing nations is currently underfunded.

Causes of Trauma and Injury in Developing Nations

The high rate of road traffic crashes only strengthens the cycle of poverty within households. In fact, a survey showed that 28 percent of rural Ghanian households had to decrease food consumption when a member was injured in a road crash.

Road traffic, though the most prevalent, is just one cause of injury-related death. Others include homicide, suicide, drowning and death by way of natural disaster.

An effective emergency care system consists of three components — care in the community, care during transportation and care upon arrival to a health facility. Care in the community has much to do with prevention and the early recognition of an injury. Many individuals lack the skill or training to recognize early signs of medical emergencies. In fact, in Zimbabwe, a significant number of maternal deaths is caused by avoidable factors that went unrecognized by health workers.

A further barrier to emergency care treatment is lack of transportation, which may arise due to a variety of factors such as lack of vehicles or faulty roads.

Such problems can delay emergency care and impact the health of patients severely. In fact, according to the WHO, studies of fatal childhood illness in Guinea-Bissau and the United Republic of Tanzania showed a high attendance rate at health facilities before child death. One of the reasons for these fatal outcomes is the late arrival of sick children to the hospital.

Additionally, health care facilities across the globe differ with respect to equipment, resources and staff. In 2006, the WHO estimated that a combined 57 countries had a shortage of 2.3 million medical professionals — including physicians, nurses and midwives. The organization also reported that 41 out of 135 countries do not have at least one computer tomography device per million habitants.

Such lack of resources contributes to the high death of injury patients in developing nations.

The current state of trauma and injury care in developing nations can be improved through proper planning and targeted efforts to establish community health care, emergency transportation and the improvement of health care facilities. With the help of nations and organizations, the death toll of trauma and injury patients in developing nations can be drastically reduced.