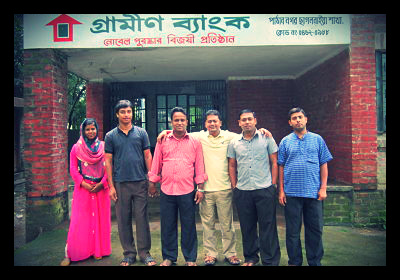 Ever heard of Whole Foods, Ben & Jerry’s or Starbucks? These fortune 500 companies all started out of generous individals’ belief in the store founders. This belief manifested in the form of financial investment and loans given to the companies that Americans know and love today.

The American dream promotes the idea that anyone, no matter the circumstance, can achieve success. Although there are many rags to riches stories built on hard work alone, Kiva International founder Jessica Jackley shared, “85% or more of funding for small businesses comes from friends and family.” One of the best gifts in life is to be recognized, valued and believed in by someone. Jackley holds this belief as her approach to eradicating global poverty and creating lasting change. Change, according to Jackley, happens not when we give to relieve our own suffering but when we give out of a “genuine hope in change.”

By providing small loans to farmers, seamstresses and goat herders abroad, among others, Kiva creates relationships between lenders and borrowers that promote respect and maintain dignity.

On the Kiva website there are stories featuring young entrepreneurs like Virginia in the Philippines who needs money to help buy fertilizer and insecticide for her rice production. Lenders can give one time loans in the amount of $25 to help borrowers like Virginia reach their goals.

Think of success stories like Bill Gates and Steve Jobs. If no one had ever believed in or invested in those men we would have a very different world today.

Africa is host to millions of men and women that, if believed in and invested in have potential to better the world as well. Now, their requests are simple, such as buying another goat to make money to pay for their child’s education. That child, however, is another story to be believed in.

2006 Nobel Peace Prize winner, Dr. Muhammad Yunus is known for his pioneering of microfinance, or “financial services to low-income individuals or those who do not have access to typical banking services.” Yunus started what is known today as microfinance by lending money to poor women in Bangladesh in the 1970s.

Eventually, Yunus opened his first bank for the poor, Grameen Bank, meaning “rural,” or “village” in the Bangla language in 1983. The Grameen Bank is built on a structure that drastically opposes conventional bank norms. Yunus’ bank is majority owned by low-income women with no collateral or legal instrument. Rural borrowers own 90 percent of the banks shares whereas government owns only 10 percent.

With organizations and efforts like Kiva International and Grameen Bank, about 160 million people in developing countries are served through microfinance. (http://web.worldbank.org)

Financial Reform Law in Bolivia Bread for the World: The Faith to End Hunger
Scroll to top