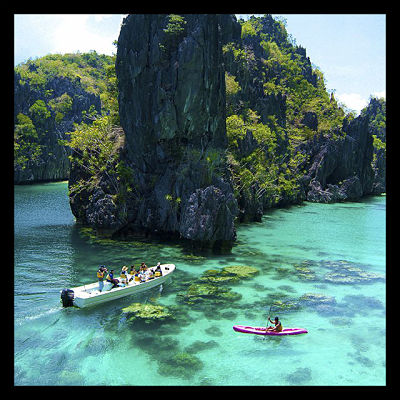 USAID and the Philippines Department of Tourism and Department of Social Welfare and Development recently announced a program to include pro-poor tourism activities in areas of high poverty in the country. The Departments and USAID signed a Memorandum of Understanding (MOU) August 5th. Tourism in the Philippines has significant potential to boost the economy and alleviate poverty.

The program, dubbed “The One-Step Project,” will seek to incorporate pro-poor aspects in the tourism trade in five pilot areas characterized by high poverty and high tourism. These five areas are chosen from the 78 tourism development areas designated by the Department of Tourism. Regional and provincial officers in the five areas will be consulted by a central technical working group. While a project amount has not yet been set, The One-Step Project will take place over four years and will focus on infrastructure, job creation through community-based projects, and private sector engagement.

In 2010, the Philippines received 3.5 million visitors, generating US$2.4 billion from tourism. The Philippine government has focused on the tourism industry in recent years, but, despite its many natural attractions the Philippines, still trails other regional countries in tourism numbers.

A variety of factors contribute to this sluggishness: remote location, susceptibility to natural disasters, and unrest often resulting in kidnappings. However, tourism does hold the potential for new job creation. Including the poor in tourism strategies and job creation is an important development opportunity within this sector. While the Department of Tourism has included these strategies in the past, this will be their first partnership with USAID.

This will not be the first time the Philippine Department of Tourism has focused on pro-poor tourism actions. In 2000, the Department’s regional branch helped villagers in Sta. Juliana organize in order to take advantage of a new influx of tourism.

Residents of the village, suffering from a decade of neglect, struggle to make ends meet. They are hampered by lack of appropriate infrastructure to get their agriculture goods to market and a lack of telecommunications. The regional Tourism department helped the villagers form the Sta. Juliana Tourism Council, Inc. which has educated residents on the trade’s benefits. New jobs and livelihoods evolved to capitalize on this influx.

The One-Step Project falls under USAID’s Partnership for Growth program, running until 2016. Additional projects in the Philippines will be implemented by USAID focusing on tourism. Most of these projects will take the form of technical assistance and policy reform. The USAID Philippine budget reached $102 million for fiscal year 2011. This is distributed across USAID’s four focus areas: democracy and governance, economic growth, health and education, and energy and environment. The US government is the Philippines largest grant donor. The collaborative One-Step Project has great potential to continue tourism-focused aid to the poorest communities in the Philippines.