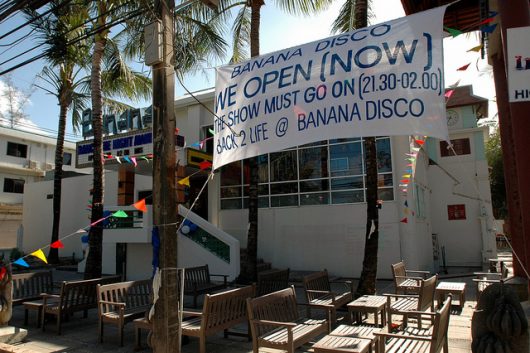 Thailand is a unique country that attracts over 32 million tourists each year. Tourism made up 20.6 percent of Thailand’s GDP in 2016 and supported about 6.1 percent of jobs. Bangkok, Thailand’s capital, was the most visited city in 2017. It is clear the tourism in Thailand is impacting the country.

Tourism both aided and hindered Thailand in its post-tsunami state. With a high need for jobs and funds, many luxury hotels were able to reopen within months. Unfortunately, some groups such as migrant workers had a difficult time receiving aid, if they even received any at all.

The event was also a catalyst for the marginalization of those in a lower socioeconomic status as many were barred from returning to their homes in popular tourist areas such as the beach. It is estimated that upwards of 10,000 were either prevented from returning or an attempt was made to prevent them from returning.

The Marginalized in Thailand

The country’s social bias against migrant workers, immigrants and refugees is one of Thailand’s biggest criticisms. People in these marginalized groups are at a legal disadvantage compared to Thai citizens. Migrant workers are at the will of their employer, needing a “termination and employer transfer form” (in other words, permission from their current employer) in order to switch jobs. Research by the International Labor Organization (ILO) in 2010 found 33 to 50 percent of employers in the fishing, domestic and manufacturing sector used this law to their advantage to prevent losing migrant workers as employees.

There are also multiple reports of migrant workers being punished by law in what seem like uncertain situations. One example is the fourteen migrant workers who filed a complaint against their employer for exploitation, thus damaging the company’s reputation. This resulted in the employer filing a lawsuit against the workers with potential consequences being imprisonment and fines.

Another unfortunate example occurred in 2015 when two migrant workers from Myanmar were sentenced to death for the murder of two tourists; the case was marred by police misconduct such as the mishandling of evidence and the alleged torture of the workers. While it is difficult to find an exact number of migrant workers convicted of a crime in Thailand, it is becoming increasingly clear to the world that this is a human rights issue that needs to be addressed.

Prostitution was outlawed in the 1960s, but Thailand still has a growing trade revolving around paid sex. There is no way to get a real number on those traveling for sex tourism in Thailand, but NGOs estimated 70 percent of male travelers were visiting specifically for the sex industry in 2013. Prostitution does not have a social stigma in Thailand like in other countries and many Thais have accepted it as part of the culture, creating growth in the industry despite questionable legalities.

According to insurance company Thai Expat Club, Thailand was third in the world as the most likely destination for health tourism in 2016. Many medical tourists are saving at least half of what they would pay in the US. Add on recovery by the beach or in a resort and it is no wonder Thailand has become the medical hub of Asia.

Tourism’s Impact on the Environment

With tourism in Thailand increasing, trash increases as well. Unfortunately, Thailand’s infrastructure has been unable to keep up. A common assessment has been waste left over from beach parties. It is estimated that Ko Phangan Full Moon beach parties leave about 12 tons of debris per day behind which mostly goes into landfills or the ocean.

Many groups are currently trying to highlight this issue which will hopefully create a springboard for biodegradable materials and other environmentally conscious decisions. Some of the organizations partnering with Thailand to address the waste issues are the U.S. Environmental Protection Agency, which collaborates with Thailand to protect environmental laws, and the International Union for Conservation of Nature, which works on conservation within the country.

Tourism in Thailand is drawing in great opportunities such as growing jobs, a developing medical field and cultural awareness. However, there are some points of contention with prostitution, the waste problem and an increasing awareness of the marginalized in Thai society. Curbing environmental problems and working toward a more equal society will create a stronger Thailand and, ultimately, a stronger world.