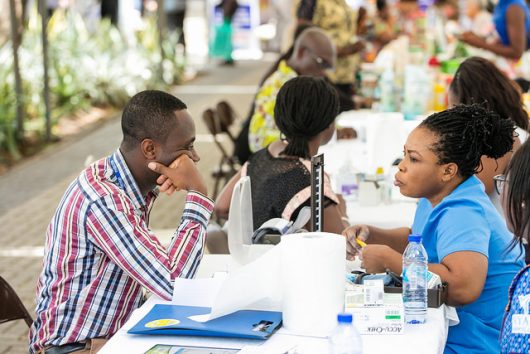 Microenterprises — businesses with fewer than ten employees and often a sole proprietor — might not ordinarily come to mind when thinking of what drives an economy. However, in places where opportunity is most lacking, innovation abounds. In her course syllabus for a class entitled “Entrepreneurship in Developing Countries”, Stockholm University associate professor Birgitta Schwartz calls entrepreneurship fundamental to the organization of societies. She asserts that microenterprise in developing countries mobilizes people, resources and innovation. “It is about generating ideas, organizing and hands-on action that can have many different effects,” says Schwartz.

How Is Microenterprise in Developing Countries Unique?

The answer to this lies partly in motivation. For many Western societies, entrepreneurship eyes opportunity, while in developing countries, it is borne out of necessity. According to a 2017 report by the Global Entrepreneurship Monitor (GEM), 76.2 percent of Africans see entrepreneurship as a good career choice, as opposed to around 65 percent for developed nations like the United States.

What is the reason for this? Well, with factors like extreme population growth and an increasing life expectancy, keeping the working age constant means having to create many additional jobs. As a result, microenterprise in developing countries represents a large percentage of employment. In Ghana, for example, household or micro-businesses tally 57 percent of the country’s total workforce.

While entrepreneurship presents challenges enough, the added factors associated with living in poverty create a special dynamic all its own. These challenges may include:

Lacking alternative sources of financing, the successful entrepreneur living in poverty may use internally generated cash flow from one business to fund his or her other businesses. Perhaps surprisingly though, research suggests that countries that have experienced economic instability are more likely to have higher rates of private saving. In a manner of speaking, crisis provokes a necessity to save.

Microenterprise may play more of a role in poverty alleviation than was previously thought. Entrepreneurs in developing countries look at risk differently. Whereas Western business strategy sees a competitive threat from the well-established incumbent businesses, such a threat doesn’t exist in developing countries. And while urbanization threatens this advantage, entrepreneurs look to the more rural areas of their country to start and grow their businesses.

Microenterprise in developing countries can be made even more difficult without the added benefits of mentorship and apprenticeship. Many of these emerging markets have few people with the necessary skills to effect the kind of change that can be the impetus for large-scale economic strides. With a lack of accountability, trust becomes even more important. Micro-businesses in these countries are often family-owned and much more attuned to the local market environment, which results in higher returns to capital and a larger potential for growth.

Success in Spite of Circumstances

An example of microenterprise at its finest is Hanan Odah, a Palestinian refugee whose husband died in the civil war in Syria. She rebuilt her micro-business, selling stationery and perfume and now helps her new community and her family of three to survive. Despite conflict and economic collapse, Odah continues to build her brand, thanks in part to a steely will and in part to microfinance programs that loan small amounts of money at low interest rates.

This is the kind of presence that microenterprises can have in developing countries. Whereas external forces may cause economic instabilities, small startups with low overhead and little opposition, like Odah’s, continue to thrive and grow.

Entrepreneurship in developing markets depends not necessarily on the traditional tenets of opportunity and vision, but rather on necessity and provision. For every stereotype of countless roadside stands selling nearly-identical wares, there is a provocative truth lurking beneath the surface of this dormant economic volcano.