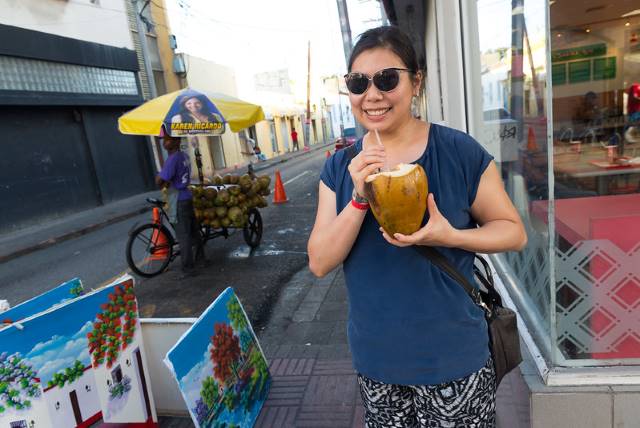 From the beaches of Cuba to the Andes mountains in Peru, any traveler can find a destination of their preference. The most visited countries in Latin America are Mexico, Brazil and Argentina. According to the World Bank, more than 113 million tourists traveled to Latin America in 2018, bringing $103 billion worth of revenue. Tourism in Latin America has created more than 15 million jobs, which accounts for 7.6% of all employment. Furthermore, international tourism contributes roughly $348 billion to the GDP of the countries in the region.

According to the World Tourism Organization (UNWTO), Central America saw a 7.3% growth in its tourism sector, the biggest subregional growth in Latin America. Moreover, the country of Costa Rica has attracted millions of international visitors thanks to its ecotourism. Costa Rica is a leader in preserving its environment while attracting millions to come and enjoy its natural beauty. Beaches, rainforests, volcanoes and wildlife attract tourists which contributes to the economic development of the nation. A study conducted by the National Academy of Sciences correlates ecotourism with improving the lives of Costa Ricans. The study found those living near protected areas and parks saw a 16% reduction in poverty. Furthermore, tourism in the country accounts for 5% of the GDP.

Poverty Reduction in the Dominican Republic

Punta Cana is the dream destination for many, with captivating views of the ocean and exciting nightlife, the beach town welcomes 60% of all Dominican Republic’s tourists. Moreover, the country has benefited more from international tourism than any other Latin American nation. The tourism industry contributes to 9.5% of the island nation’s GDP. Even though poverty is still an issue for the country, extreme poverty decreased to 1.6% of the population in 2018. Furthermore, malnourishment has also decreased and life expectancy has increased. Tourism has steadily contributed to the well-being of Dominicans.

Mexico’s tourism is very important for its economy. Mexico is dependent on its tourism sector since it accounts for 16.1% of its GDP and employs nearly nine million people. Destinations such as Cancun, Puerto Vallarta and Cabo are very popular for tourists to visit. Furthermore, Mexico’s tourism was thriving until the COVID-19 pandemic brought challenges to the country. The pandemic brought a halt to tourism and hurt the economy of Mexico. Nonetheless, Mexico still manages to keep the industry alive. Mexico began to limit hotel and restaurant capacity to curtail the virus. Mexico is also working with the CDC to ensure U.S. travelers going back to the United States are returning uninfected. Even though tourism has decreased because of the pandemic, flights to the state of Quintana Roo, where Cancun and Tulum are located, were averaging 460 air arrivals compared to an average of 500 pre-pandemic.

Tourism and the Future