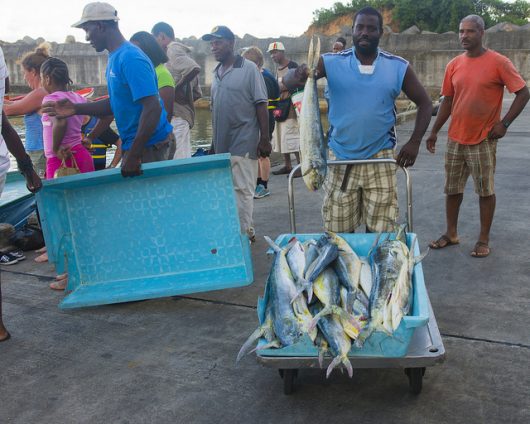 The Dominica poverty rate has always been high, but in recent years with changes in the banana industry, the poverty rate has increased. There are very few wealthy Dominicans and there are no huge income gaps making Dominica one of the poorest countries of the Eastern Caribbean. But tourism to the country may be one solution that can decrease the poverty rate.

The area that is most affected by poverty in Dominica is the northern rural areas where agriculture is the main source of income. In these rural areas, one in every two households is poor. There is also a small urban class of people, which is made up of professionals and civil servants, who are considered middle class while the rest are working class. For the island as a whole, the unemployment rate has reached an estimated 20 percent.

This increase of unemployed people has to do with the decline of banana production. The decrease in banana production partly has to do with large agricultural businesses choosing suppliers in South American countries and getting bananas for a cheaper price. At the height of the banana industry, banana farmers in Dominica were producing 72,000 tons. That number has since dwindled to 12,000 tons of bananas being produced, with banana farmers barely able to cover costs.

With banana production so low, the Dominican government has been looking at other ways to boost the country’s economy. Tourism is being touted as a new solution since the island has beautiful views of waterfalls, rainforests, coral reefs and volcanic sites. Today, tourism contributes more than 30 percent of the country’s foreign exchange earnings while banana production only contributes 10 percent.

But Dominica has a long way to go to increase its economy and decrease the poverty rate. The government needs to protect the island’s ecosystem since that is the draw for tourists. Protection of the island’s ecosystem includes creating and supporting sustainable development and energy systems, having water quality management and deforestation prevention. With these plans set in place, the Dominica poverty rate will be able to decrease once the economy improves.