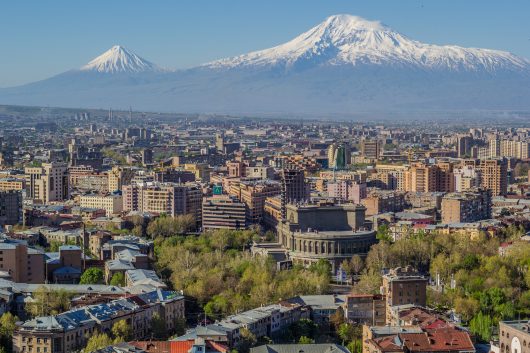 Armenia is not the first country one usually thinks of for a vacation. Some world organizations are taking the initiative to develop a sustainable tourism sector in Armenia. Tourism and poverty in Armenia are considered related factors, and the growth of tourism can have a large impact on alleviating poverty in the country.

Unfortunately, in Armenia, there has been a widening disparity in income between rural and urban regions. To potentially alleviate the disparity, the United Nations suggested the development of the tourism sector in rural communities and stated that they would assist with this development because of the reduced tourism infrastructure in Armenia.

Additionally, the World Bank contributes to Armenia’s local economy by strengthening economic growth and livelihoods. They assisted the Armenian government in 2014 to identify regional, mostly rural, development inequalities and then help prepare a tourism strategy to increase economic development.

The World Bank’s board of executive directors authorized a $55 million loan for the Local Economic Infrastructure Development Project on December 22, 2015, to help Armenia advance its infrastructure services and institutional capacity for tourism. The project called for the development of tourist destinations in rural regions of the country, potentially assisting the rural economies and addressing tourism and poverty in Armenia.

Laura E. Bailey, the World Bank Country Manager for Amenia, described “one of the major strengths of the proposed project is that it motivates the communities to preserve their unique Armenian cultural heritage.”

Since Armenia gained independence in 1991 from the Soviet Union, the country has been receiving yearly aid from the United States Agency for International Development (USAID). Between 2005 and 2012, the USAID started long-term development initiatives to increase Armenia’s economic competitiveness.

My Armenia is a cultural preservation program implemented by the Smithsonian Center for Folklife and Cultural Heritage, a research and education unit that advocates for a better understanding of cultural heritage in the United States and around the world through research, education and community commitment. The project is a collaboration between the people of Armenia, the Smithsonian and USAID.

The four-year My Armenia program, started on November 20, 2015, aspires to develop an understanding of the country’s living traditions and heritage sites. Long-term cultural vitality in addition to economic growth can be reached through the program’s methods of research, documentation, storytelling and capacity building.

All of the program’s methods assist in the main goal of My Armenia. Research and documentation in the program happens in collaboration with Armenian scholars and an extensive archival record. Cultural storytelling will delve deep into the intricacies of the culture not learned through general reading. Capacity building at local sites like museums and archaeological sites will build a repertoire of substantive historical material, leading to global interest and popularity.