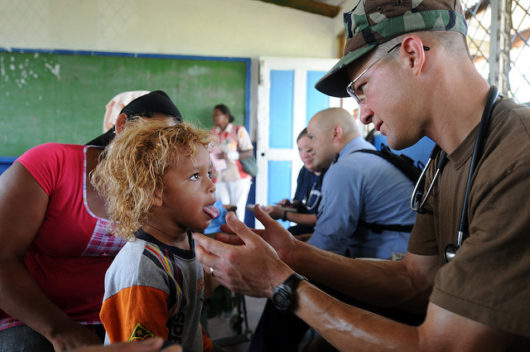 With its majestic beaches and year-round tropical climate, the Dominican Republic is certainly a top tourist destination in the Caribbean. However, the hot and humid tropical weather combined with limited access to clean water and sanitation services, constitute an ideal ecosystem for the spread of vector-borne diseases.

These are diseases that are transmitted through living organisms known as vectors. According to the World Health Organization, vectors such as mosquitoes, ticks, flies, among others, transmit infectious diseases between humans or from animals to humans.

The top vector-borne diseases in the Dominican Republic are Malaria, Dengue, Chikungunya and Zika.

In recent years, increased concern about these outbreaks has given rise to an intense national public health response to educate the population about preventative measures. Global initiatives have also been launched to eradicate these diseases as they continue to affect the population.

Malaria. In 2018, there were 462 reported cases of Malaria in the Dominican Republic, representing a 22 percent increase compared to 2017. This virus is transmitted by the bites of female Anopheles mosquitoes. Main symptoms include fever, headache and chills. Although curable, it becomes life-threatening if treatment is not received as soon as the symptoms appear.

Global initiatives, such as the one launched in 2018 by the Bill & Melinda Gates Foundation together with the Inter-American Development Bank and the Carlos Slim Foundation, seek to end malaria in Central America and the Dominican Republic by 2022. This initiative will direct funds to close the technical and financial gaps preventing the implementation of Malaria elimination plans, ensuring that malaria remains a top health and development priority.

Dengue. There were three major dengue outbreaks in the Dominican Republic in 1998, 2000 and 2002. In 2018, there were 1,251 reported cases of Dengue, representing a 2 percent decrease compared to 2017. It is transmitted by the bites of female Aedes aegypti and Aedes albopictus mosquitoes. Symptoms include high fevers, shaking chills and flu-like illness.

The Dominican Red Cross together with the Ministry of Public Health, the Ministry of Education, the Prison System Directorate-General and Dominican universities, have been conducting concrete actions to aid dengue-affected individuals in the Dominican Republic. These actions include the deployment of volunteers who assist in the elimination of mosquito breeding sites, distribution of educational materials, larviciding, garbage removal and the cleaning of gutters. These efforts have contributed to a reduction in the risk of contracting Zika, Dengue and Chikungunya in 318 communities nationwide.

Chikungunya. There was a massive Chikungunya outbreak in the Dominican Republic in 2014, with 429,421 confirmed cases reported, which represented 65 percent of all reported cases from the Americas. Chikungunya is transmitted from human to human by the bites of infected female Aedes aegypti mosquitoes. Symptoms include high fever, joint pain, muscle pain, nausea and fatigue. As of 2018, the virus has been largely contained.

Zika. In 2016, a major Zika outbreak impacted the Dominican Republic, with 5,245 confirmed cases up to 2017. Transmitted by the bite of infected Aedes genus mosquitoes, symptoms include fever, rash, conjunctivitis as well as muscle and joint pain. It can cause microcephaly and other congenital abnormalities during pregnancy, as well as the Guillain-Barré syndrome in adults.

In 2018, with funding from the USAID, the Centers for Disease Control and Prevention (CDC) conducted Zika-related activities in the Dominican Republic, which include emergency response needs assessment, laboratory strengthening, vector control, surveillance capacity building, testing of mobile survey application, and a field epidemiology training program.

As the World Health Organization explains, a crucial element in preventing the outbreak of these vector-borne diseases is behavioral change. Educating the population about preventative measures to decrease the spread of these diseases will empower them to protect themselves.

The government continues to educate citizens about the importance of eliminating breeding sites around homes, schools and work sites. Additionally, the use of physical barriers and insecticide is recommended.