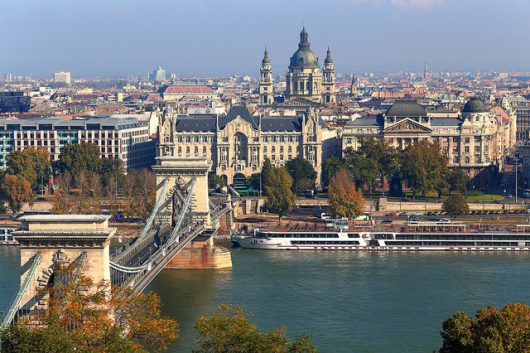 Hungary is a relatively large country with just under 10 million people within the borders. The large majority of the people are in the upper income bracket. Life expectancy in Hungary is 75 years, just above the world average. The majority of the population — 69 percent– live in urban areas. The top diseases in Hungary are the same as many other countries around the world.

The majority of the country has easy access to medical care and treated, if needed. There are no fees to pay for services. It is covered by the health insurance companies available to people.

The mortality rate of the country for every 100,000 people is 756 people. A very low rate compared to other places around the globe. Utilizing healthcare provided to the citizens is one of the major reasons why.

Number one on the list of top diseases in Hungary, much like the rest of the world, are various cardiovascular diseases. This category of diseases is responsible for 49 percent of the deaths in Hungary.

A higher percentage of death occur in males as opposed to females, approximately about 10,000 more deaths.

Other non-communicable diseases, which result in death among the Hungarian population, include injuries and chronic respiratory diseases. Similar to cardiovascular diseases, the percentage of fatal cases in males are higher than females.

The risk factors include many items that are within an individual’s control. The top current risk factor in Hungary is elevated blood pressure sitting at 41 percent, followed closely by smoking tobacco, obesity, alcohol and drug abuse. The majority of these issues can be discounted through making healthy lifestyle changes, such as diet and exercise.

In regards to healthcare, Hungary is better off than many countries around the world. Even though the majority of the top diseases in Hungary are similar to others on a global scale, it is their healthcare that gives them an edge in dealing with these diseases.