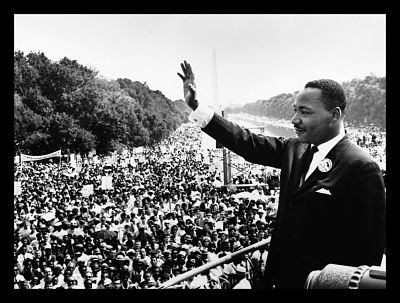 On April 4, 1968, the world lost one of the greatest advocates for social change in history. Dr. Martin Luther King, Jr., as the face of the Southern Christian Leadership Conference–one of the most influential civil rights organizations of the era, ushered in a new age of race relations in America. His pacifist demonstrations against racial segregation–from the Montgomery Bus Boycott to his famous March to Selma–caught the attention of journalists, the public and elected officials alike. By demonstrating compassion for all, regardless of color, Dr. King was able to stir the heart of the American people–thereby forming a successful biracial coalition behind the enactment of groundbreaking civil rights legislation that permanently changed millions of lives.

Just as Dr. King’s story continues to inspire progressive social change through political advocacy, grassroots organization and mobilization of the masses today, his words remain relevant to the current sociopolitical context. Although he dedicated his life to addressing domestic injustices, Dr. King was keenly aware of the importance of individual responsibility and collective conscience in an increasingly interconnected world. –His top five offerings of wisdom below: