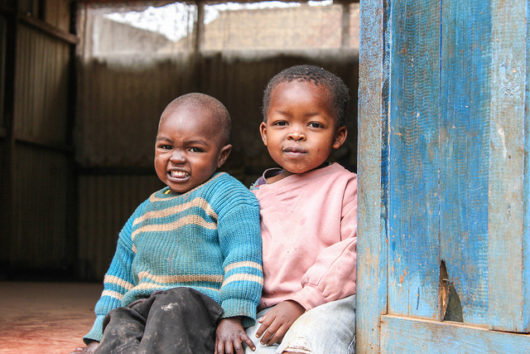 In the fiscal year 2019, the U.S. Federal Government plans on spending $1.24 trillion. Out of this amount, foreign assistance will account for $27 billion. This spending is broken down into several categories including economic development. Approximately $2 billion will be directed toward generating economic growth in developing countries. In the text below, the top five countries receiving the economic aid in 2019 are presented.

The first country on the list is Jordan. Jordan will receive $1.27 billion in aid and roughly 48 percent of that money is planned for economic development. The focus of this aid is on a plan called the Microeconomic Foundation for Growth Assistance. The goal of this funding is to create a stable economic landscape that will allow the private sector to invest. This will aid Jordan by creating both monetary and fiscal policies that will allow the government to have a greater control of the economy.

These reforms are needed due to the economic crisis that Jordan is currently facing. Jordan’s debt makes up 94 percent of the country’s GDP. The cost of living has also risen dramatically in the past years. The Economist ranked Amman, the capital of Jordan, as the most expensive Arab city to live in. However, Jordan is working to end its economic crisis. Recently, Jordan received a $723 million loan from the International Monetary Fund (IMF) and plans to lower the country’s debt to 77 percent of GDP by 2021.

The second country on the list is Afghanistan. This country is projected to receive $93 million for economic development. Most of this funds ($57 million), will be aimed toward agricultural development. This money will be focused on the distribution, processing and trade of agricultural goods.

In 2018, Afghanistan’s GDP increased by five times compared to 2002. However, a large trade deficit threatens Afghanistan’s economy. Most of Afghanistan’s economy relies on imports and this is the main reason why the country needs help in distributing agricultural goods. The United States Agency for International Development (USAID) provided airlifts in 2017 to help export goods to international markets. USAID also provided alternative road transport. In total, this organization helped to move $223 million of goods.

In 2019 Kenya, will receive $624 million of aid from the United States. Out of this amount, 5 percent will be aimed at economic development of the country, totaling $29 million. Almost 80 percent of this money will be for agriculture. Like Afghanistan, the focus of the aid is towards the distribution, processing and trade of agricultural goods.

In Kenya, agriculture makes up 27 percent of the country’s GDP and it is vulnerable to various kinds of natural disasters, like droughts. In 2014, Kenya reported a national drought emergency and the drought left millions of people vulnerable.

The drought continued to 2018 and USAID is studying the situation and working on solutions to help lessen the impact of the drought. In the period of 2015 to 2017 USAID implemented several programs to help create more drought resistant incentives for farmers. Kenya’s GDP is expected to grow by 5.5 percent in 2018, compared to 4.8 in 2017. This is directly related to a better weather situation in the country.

Economic aid directed toward Tanzania is projected to be 1 percent of the aid package, which equals $7 million. This amount will be aimed towards agriculture.

Agriculture makes up for 25 percent of Tanzania’s GDP and around 75 percent the country population is employed in this sector. The United States sees this as an opportunity to increase incomes and living conditions for Tanzanians. USAID has been working on a program in Tanzania known as Feed the Future. This program increases competitiveness, productivity and creates infrastructure so farmers can reach more markets.

In 2017, over 400,000 Tanzanians have benefited from Feed the Future. This is reiterated by the fact that rice productivity doubled per acre and the average gross margins for horticulture reached $3,900 per acre.

Like Tanzania, a large percentage of Uganda’s GDP and workforce are concentrated in agriculture. Twenty-four percent of the country’s GDP is made up of agriculture and farming employs two-thirds of the population.

USAID implemented the Feed the Future Program in Uganda as well. One of the most important initiatives was implementing an e-verification sticker in fruits sold that was intended for keeping track of purchase inputs. This initiative is aimed at combating the $1 billion loss that Uganda faces from counterfeit inputs on yearly basis. It also laid private investors consciences to rest, since they invested over $6 million in Uganda’s agricultural business in 2016.

In summary, the top five countries receiving the economic aid from the U.S. in 2019 are Jordan, Afghanistan, Kenya, Tanzania and Uganda. The United States government invests billions of dollars every year into foreign aid. One of the best ways to use that money is to invest in economic development, which helps improve the conditions of people living in developing countries.

Economic stability is one of the most crucial factors in ensuring safety across the world.