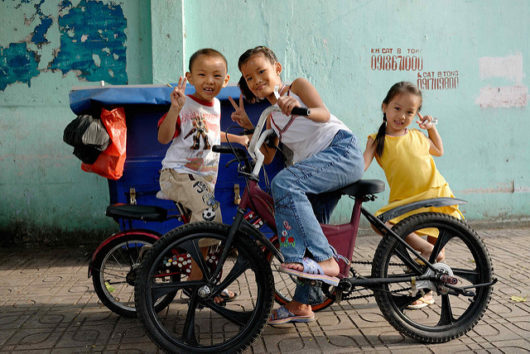 The state of human rights in Vietnam is dire and has hit an all-time low level in 2017. Activism, religious diversity, political variance and even integrity within the judicial and police systems are almost non-existent. Vietnam has seen backlash for its controversial and rigid ways from the U.S. and other Western countries, but the country continues to ignore it and even fights opposition to their government in favor of preserving the authority of the ruling Vietnamese Communist Party.

The Vietnamese Communist Party is the sole state of leadership in Vietnam and has been in this position since 1980. The 1992 constitution, however, delegated more authority to the president and to the cabinet. The party, nevertheless, maintained responsibility for overall policy decisions. Challenges to the Vietnamese Communist Party are not tolerated, and often end in incarceration.

In fact, Vietnam actually prohibits the establishment or operation of independent political parties, labor unions and human rights organizations. Approval from Vietnamese authorities is needed for public gatherings. These authorities can refuse permission for meetings, marches, or public assemblies they believe to be politically unacceptable.

In 2011, the U.S. Department of State did a report on human rights in Vietnam and deemed the country to be “neither free nor fair” and claimed a large contributing factor for this state was the corruption of the judicial and police systems. The report stated that the Vietnamese judicial system was inefficient and experienced political influence and endemic corruption. Moreover, there were multiple cases of police brutality in both arrests and later detention, denial to a fair trial, ambiguity in arrests, and inhumane prison conditions. A government official from Vietnam fired back at the report stating that Vietnam supports human rights but opposes initiatives by outside nations interfering in internal affairs.

Reports on the Current Situation

In 2012, the U.N. ran their own human rights report on Vietnam and the results were increasingly positive, relative to the U.S. report in 2010. Though, the report still urged the government to implement major human rights treaties, like the Convention against Torture and Other Cruel, Inhuman or Degrading Treatment which is an international human rights treaty meant to prevent all acts of cruel and inhuman treatment across the world.

Yet, despite this relatively positive report, human rights in Vietnam took a decline in 2017. The Human Rights Watch reported at least 36 cases of violence against activist from January to April 2017. Moreover, the Human Rights Watch found that the judicial system was still very much under the control of the government and that it has failed to meet international standards.

In Vietnam, people who suffer from a drug dependency, including children, are sent to governmental detention centers where they are forced to do menial work or “labor therapy.” It was reported by state media that during the first six months of 2017, about 3,168 people were sent to centers in Ho Chi Minh City. It was also found that those that are most at risk of violent treatment in these centers are children, women and ethnic minorities which goes directly against the Convention against torture and other cruel, inhuman or degrading treatment treaty the U.N. urged Vietnam to implement back in 2012.

There are organizations who are actively attempting to intervene in the high number of arrests being made by law officials of The Vietnamese Communist Party, and who are also fighting for the improvement of Human Rights conditions in Vietnam.

However, Vietnamese activists have to remain relatively quiet in their effort to bring these violations to the attention of the rest of the world due to the high probability of being arrested. Since 2014, there have been a little over 160 human rights activists that have been jailed in Vietnam, and this number continues to rise.

Thus, it remains to be seen if the conditions of Human Rights in Vietnam will improve in the coming years, but with the high number of arrests already in 2018, the outlook does not look so bad. The government has to change it’s attitude towards this issue if the country plans to grow in this aspect.