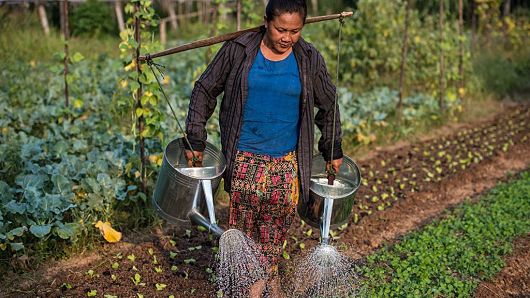 According to the Word Food Programme, around 795 million people globally do not have enough food to lead active lives. Lack of nutrition leads to a number of other health problems among the world’s poor such as disease, stunted growth and even death. Here are three methods that can help prevent hunger:

Agricultural investment prevents hunger in the long and short term because it allows the poor to become more independent. Most of the world’s poor live in rural areas where agriculture is the source of income and food.

More investment is needed for programs that provide farmers with land incentives, train them on how to maximize their produce and teach them when and what to plant throughout the year.

Through such programs, farmers will not only be able to feed their family but also sell their harvests for profits.

In turn, parents can invest in their children’s education and end the generational cycle of poverty. This financial stability could also mean less pressure on parents to force their daughters into early marriage.

With unpredictable climate and political changes in developing countries, financial planning acts as a safety net in case of drought, famine or war.

Financial security gives families a head start when they are displaced due to conflict and also helps prevent hunger during times of drought.

Training farmers on how to save and invest their money also allows them to invest in machinery and livestock to maximize their productivity and prevent malnutrition.

Empowering women by educating them on agriculture and giving them the resources to provide for their families will make households mores sustainable. The tradition of gender inequality is what makes hunger inheritable in developing countries.

Each year, around 19 million children are born underweight because their mothers were not adequately nourished during pregnancy. More often than not, malnutrition continues through infancy because their mother’s breast milk does not provide enough nutrients.

In addition, weak immune systems due to malnutrition allow the transmission of HIV/AIDS from mother to child. HIV/AIDS treatments and prenatal health care ensure the birth of healthy babies.

A program combining these three methods to prevent hunger would ensure impoverished communities are able to sustain healthy lives and break the cycle of poverty and hunger.