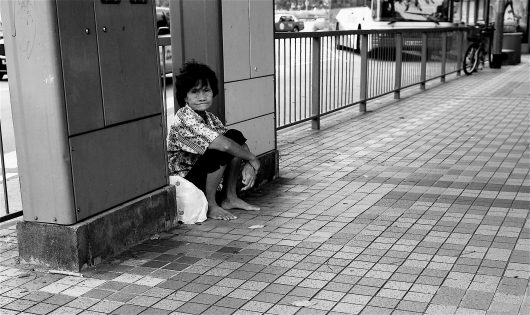 Singapore is seldom thought of as a poor country since the nation ranks fourth in the richest countries in the world; however, the reality is that many Singaporeans live in poverty. For far too many people, poverty in Singapore is a fact of life.

The Top 10 Poverty in Singapore Facts:

1. Singaporeans have to live on $5 a day

Four-hundred thousand Singaporeans live on $5 a day. Singaporeans Against Poverty, the campaign whose concern is “for those in Singapore caught in the cycle of poverty despite our economic success,” began the $5 challenge, where people can pledge money and try to live on a $5 per day budget.

2. Some Singaporeans have no income

A survey from the Housing Development Board showed that one-third of Singaporeans living in one or two room flats have no source of income. Additionally, an Ipsos APAC and Toluna study found that 62 percent of Singaporeans state that their dissatisfaction is a result of their personal financial situation.

3. There is no official poverty line in Singapore

According to Worldbank, there are several reasons to measure poverty: “to keep the poor on the agenda; if poverty were not measured, it would be easy to forget the poor.” Additionally, poverty lines “target interventions that aim to reduce or alleviate poverty,” and finally, measurements help to evaluate projects, policies and institutions that aim to help the poor.

In a Straits Times article, it was stated that Prime Minister Lee Hsien Loong doesn’t believe establishing poverty lines will be helpful as there are great disparities between poor groups in Singapore; each group requires “different sort and scale of help… This cannot be accomplished by a rigid poverty line, he said, which might be polarising and leave some outside the definition of poor.”

4. Singapore’s wealth gap is one of the widest

As noted in the CIA World Factbook, Singapore was ranked 36th out of 150 countries for income inequality in 2016 based on the Gini coefficient, a ratio of highest to lowest incomes. This means that the high-income households are extremely wealthy, while the low-income households are extremely poor. In fact, a Credit Suisse report showed that more than a quarter of the country’s wealth is held by the top 1 percent of the population.

5. The Gini coefficient has begun to decrease

According to the Singapore Management University (SMU) handbook, the government has begun to acknowledge the wealth disparity. Although Singapore is still ranked high for income inequality, the Gini coefficient has decreased in the past two years.

In the SMU handbook, it was stated that the bottom 20 percent of workers saw a decrease in wages between 1998 and 2010.

7. Singapore is the most expensive city to live in

According to the Economist Intelligence Unit, Singapore was the most expensive city to live in in 2017 for the 4th year running. This makes it increasingly difficult for the impoverished population to afford basic necessities.

8. Increase in cost of goods and services

Likewise, the past three years saw a 13.1 percent increase in goods and services, according to Singaporeans Against Poverty.

9. More Singaporeans are being covered under ComCare

ComCare was established by the Singaporean government in 2005 to provide assistance to needy families who are either unable to work or are currently searching for employment.

As reported in the Ministry of Social and Family Development (MSF), the number of Singaporeans being covered under ComCare grew from 13,479 in 2012 to 18,996 in 2015, but the government claims this is not due to higher poverty levels; rather, it says it’s due to changes to the program.

The Ministry of Social and Family Development has extended coverage so that more families can apply for ComCare.

As noted in The Observer, the government has put plans into place to fight poverty. Of these are plans are the goals to reduce the cost of education, to exempt lower-income families from paying taxes and to contribute cash payments to those in need.