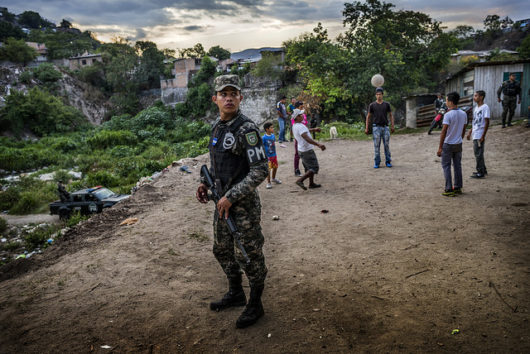 Since the 2009 military coup that ousted President Manuel Zeyala from the Honduran government, gang-related crimes, scarce living conditions and attacks against indigenous peoples, journalists and human rights defenders have remained rampant throughout the country. According to the 2012 “Guiding Principles on Extreme Poverty and Human Rights,” there is a direct, causal link between the enjoyment of human rights — such right to work, to an adequate standard of living, adequate housing and to education — and the eradication of poverty. With these principles in mind, here are the top 10 facts about human rights in Honduras.

From Poverty to Recovery

While relief efforts are in the works, these top 10 facts about human rights in Honduras show that many Hondurans are still facing extreme poverty, high crime and murder rates, harsh living conditions and other issues that are tantamount to human rights abuses.

Honduran leaders have begun to recognize poverty as a leading factor in the recovery of their nation and continue to prioritize it on both economic and social scales. In the wake of all this progress and a year out from their 2020 goal, Honduras is making steady progress towards creating safe and stable living conditions to precede economic and social progress.