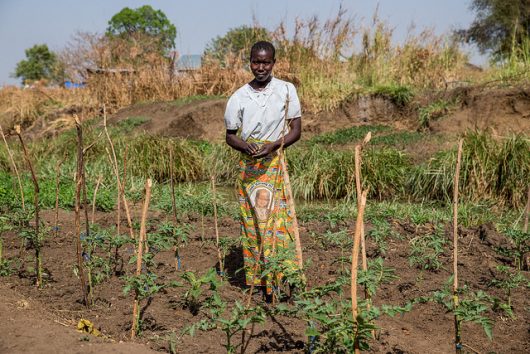 Farmers constitute around 75 percent of the world’s poor. This fact is singularly important considering the perspective that global poverty is solvable by providing easily accessible, effective and economical farming solutions to people around the world.

Experts believe there are three simple tools to solve farmer poverty. These are:

How to Best Address the World’s Current Needs

The world is struggling to meet the demands of consistently rising rates of population and consumption There are only two alternatives to meet this increasing demand and multiply production: either dedicate more forest land to farming or increase the efficiency and productivity of the existing farmland.

Increasing land use is an inefficient short-term solution that is also detrimental to the environment, whereas the latter option can be achieved as an enduring solution. The most simple and proven way to produce a greater volume of crops from existing farmlands is through the use of hybrid seeds.

Hybrid seeds are one of the three simple tools to solve farmer poverty. Using a hybrid can yield a product that has the benefits of both its parents; for example, improved resistance toward disease from one and climate tolerance and high yield from the other. Several agricultural experiments in Africa, South America and South Asia have successfully proven the effectiveness of hybrid seeds in multiplying the crop production.

In rural Kenya, a farmer support initiative called One Acre Fund reported an average gain of 65 percent in farmer income using hybrid maize seeds along with microdoses of fertilizers in 2017 alone. Several farmers reported that they doubled or tripled their produce.

Skill Training as the Second Solution to Farmer Poverty

One of the other two tools to solve farmer poverty is skill training. Providing skill training to farmers can help them navigate their lives out of poverty’s vicious circle. Skill training can range from simple things like seed spacing or the right amount of irrigation to more advanced cultivation techniques; for example, sustainable agricultural practices and innovative cross-pollination methods.

In March, the Indian government’s Ministries of Agriculture and Skill Development signed an agreement to impart training and skill development to farmers at 690 Krishi Vigyan Kendras (farming science centers) all over the country. The scheme aims to double the farmer income.

The third one among the three simple tools to solve farmer poverty is microloans. As the name suggests, a microloan is a small amount of money borrowed from a bank or a local financial institution. Microloans are an essential key to solve poverty due to a small principal amount ($2 – $500), small monthly installments (only a few cents), flexible tenure (12 to 60 months) and a low-interest rate (12 – 20 percent).

Startups like Branch and LendUp are helping farmers in developing countries to borrow money using their mobile phones. Branch charges 15 percent interest on a loan as low as $2 at the end of a month. It never charges an overdraft fee and employs 100 employees in San Francisco, Lagos and Nairobi.

Though they appear to be small changes, these three simple tools to solve farmer poverty can change the world sooner than it might seem.

Ongoing Progress and Conflict: The Red Crescent Society of AfghanistanHow the US Benefits from Foreign Aid to Tanzania
Scroll to top