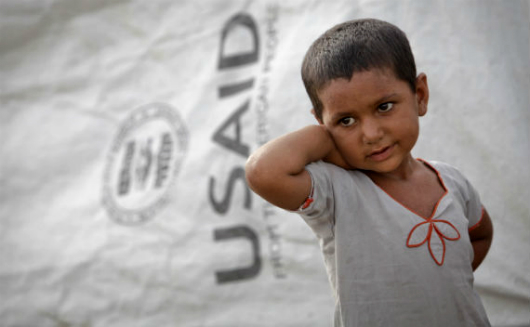 Foreign policy is the manner in which a country behaves toward other members of the international community. It involves a state setting an agenda and using its resources to achieve established goals. Nations strive to achieve foreign policy goals with a combination of the instruments discussed below.

Diplomacy
Diplomacy is the act of working and negotiating with representatives of foreign nations to reach consensus and set the stage for future rules. This can involve working on the development of accords, treaties, alliances and conventions. Diplomats form relationships with officials from other countries to understand their perspectives, while simultaneously portraying and promoting the values and position of the United States. Although there are many images in the media depicting diplomatic meetings regarding large-scale foreign policy decisions, most diplomatic relations — especially those of particular importance — occur behind the scenes through private discussions and negotiations. In addition to discussing issues with foreign officials, diplomats meet with many other members of foreign societies, ranging from business officials to representatives of nongovernmental organizations. By cultivating connections throughout civil society, diplomats can gain a better understanding of a country’s culture in order to find common ground on which to base relations and actions.

Foreign Aid
States can use foreign aid to achieve foreign policy objectives abroad, build relationships with other nations and address issues of humanitarian concern. There are various forms of aid, including foreign military aid, humanitarian assistance, food aid and general development aid. Foreign military aid involves augmenting another nation’s supply of military equipment and technological capabilities. Military aid can help a state indirectly influence the balance of power in areas abroad, therefore increasing a country’s sphere of influence. Military aid can also serve to help another country defend itself based on commonly shared ideals and values. Alternatively, states can give economic aid to other countries in order to stimulate growth or help with specific project development. The United States currently spends less than one percent of its budget on foreign aid.

Sanctions
Countries can use sanctions in an attempt to change another country’s behavior. Sanctions can be used to express dislike for a current behavior, limit opportunities for such behavior to continue and deter other countries from taking similar courses of action. Different types of sanctions include arms embargoes, trade embargoes, asset freezes and travel restrictions. Historically, sanctions have been put in place in an attempt to take a stand against human rights violations.

Military Force
Using military force — or hard power — in foreign relations involves states using their military to influence the behavior of weaker nations or directly involve themselves in the c0untry. The United States currently has the most powerful military in the world.

Deterrence
States can deter other states from taking an action by convincing opponents that the costs will exceed the benefits. This can happen through diplomacy or the threat of military action.

When making decisions that affect the international community, as many decisions do, states either behave unilaterally, bilaterally or multilaterally. Unilateral action indicates that a state is acting alone, independent of common norms or rules of world order. Unilateral actions tend to be based on self-interest rather than on international standards of behavior. Meanwhile, bilateral action indicates that two states are acting together. Finally, multilateral actions indicate a multiplayer coordination of efforts based on commonly shared norms. A nation’s approach toward cooperation with other nations in dealing with its foreign policy agenda is very influential in the effectiveness of each of the tools.