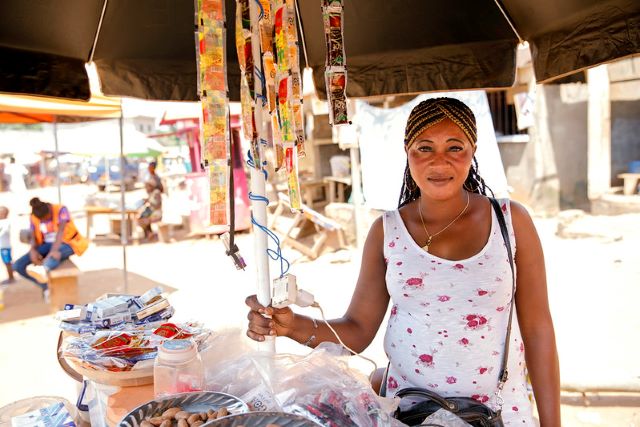 The ongoing COVID-19 pandemic is affecting nations around the world, including the nations of Africa. Many African nations responded to the pandemic with strict lockdowns and social distancing initiatives, often stronger than that of European nations. However, the people of Africa face a much more severe economic impact. Although poverty reduction measures have been met with success across the continent, roughly 500 million Africans still live in extreme poverty. The sub-Saharan areas of Africa have the highest rates of poverty in the world, estimated at 55% in 2014. Foreign direct investment is down by 40% and 49 million more Africans could fall into extreme poverty in the world’s first global poverty increase since 1988. The Tony Elumelu Foundation hopes to reduce poverty in Africa through entrepreneurship.

A nonprofit operating since 2010, the Tony Elumelu Foundation (TEF) fights global poverty in Africa through the funding of entrepreneurs and small enterprises, These are the very types of businesses that the pandemic impacted most, both across the world and in Africa. With an endowment of $100 million, the organization has already had significant success propagating what it terms “Africapitalism,” which is the use of the private sector for economic growth and development.

In December 2020, the European Union (EU) announced a formal partnership with the Tony Elumelu Foundation. The plan comes as part of two broader EU strategies: the EU External Investment Plan and the EU Gender Action Plan. It involves technical training and financial support for 2,500 female African entrepreneurs in 2021 across all 54 African countries through 20 million euros in increased capital. Speaking on the partnership, Tony Elumelu, the founder of the TEF, expressed delight in being able to partner with the EU and said the partnership will create great opportunities for African women who have “endured systemic obstacles to starting, growing and sustaining their businesses.” The Commissioner for EU International Partnerships, Jutta Urpilainen, stated that empowering female entrepreneurs is an integral part of creating sustainable jobs and growth.

In Central Africa, approximately 71% of jobs are in the informal sector. These jobs are particularly vulnerable to lockdowns. The strict measures put in place as responses to COVID-19 have left many of these people jobless. Entrepreneurship creates more stable jobs and allows a country to be more self-sufficient and can be just as effective as foreign or philanthropic aid in fighting poverty.

Even after the effects of the pandemic subside, Africa still has much to do to eradicate poverty. Fostering entrepreneurship is an innovative approach to this economic problem, one that the Tony Elumelu Foundation has seen significant results with, with more than 9,000 entrepreneurs mentored before the partnership with the EU. The full impact of these endeavors remains to be seen but the potential exists for African entrepreneurs to have a major impact on poverty in Africa. The TEF’s partnership with the EU will only intensify these positive impacts.