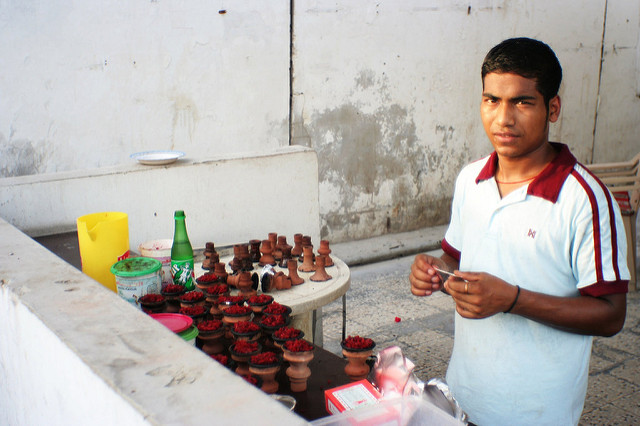 Tobacco movements are familiar here in the United states, and as a direct consequence, tobacco usage has decreased almost 15 percent the past 10 years. The World Health Organization (WHO) views tobacco usage as a threat to world health that can contribute to early death, chronic diseases, poverty, environmental degradation and labor exploitation.

Among these negative consequences, socio-economic implications (such as labor exploitation and poverty) is perhaps the most prominent to global well-being. A closer look reveals that over 10 percent of household income in poor countries is allocated to tobacco products.

Further, more than a quarter of people below the poverty line smoke. This disparity is characterized most often by tobacco use in developing countries. These countries often include the central Europe region. Data suggests that the global economic costs of smoking amount to nearly $2 trillion of the world’s GDP.

Behind Europe is the United States, Russia and China with staggering tobacco usage data. This includes high smoking prevalence at around 80 percent.

In 2017, The World Heart Federation published their annual report on global tobacco usage saying, “it is critical that all countries act urgently to more effectively protect their people with evidence based tobacco control policies.” Highest levels of political commitment are located in Russia.

One way the country takes measures into its own hands is to target tobacco companies directly. By combating persuasive strategies for tobacco use in developing countries, members of the public become better informed on the consequences of smoking. These consequences not only include detrimental health factors, but economic features as well.

Cutting rates in countries where smoking is an increasingly growing trend is of priority. The most competitive tobacco program is in New Zealand where smoking prevalence is below 20 percent. Further, consumption has halved in 15 years and adult usage has decreased by one quarter.

Tobacco taxation is likely to thank for the decrease in usage. New Zealand exemplifies this strategy by altering the availability of these products. Economic data implies that taxes affect prices and in turn, can be influenced by public health arguments.

There are many economic burdens associated with tobacco usage. According to a study conducted by The National Library of Medicine, smoking accounts for .7 percent of China’s GDP and 1 percent of the United State’s GDP. If eliminated, many economic benefits would follow, including:

More accurate and diversified healthcare would be one of the main ramifications. Higher costs per life-being-saved versus spending for lung disease and cancer treatment would accumulate quickly into the economy. Advertising costs in 2017 accounted for over $9 billion, and the elimination of these costs could allocate economic resources more efficiently.

Smaller microeconomic growth occurs when companies disperse funding into preventive programs. In the long run, these programs place consumer spending onto other products in the market.

Non-smoking movements are becoming more frequent around the world so as to curb tobacco use in developing countries. The positive consequences to controlling production and consumption surpass the economic growth associated with the tobacco industry. Inclusion and increase of positive health and well-being are associated with these preventive measures.