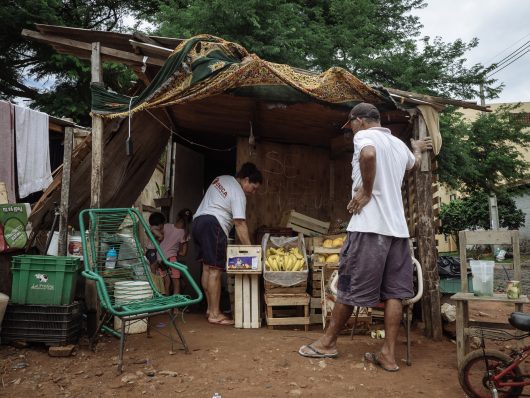 Paraguay has successfully eliminated malaria, making it the first country in the Americas to accomplish such a feat in nearly 50 years.

The country’s success has been attributed to its ability to detect malaria cases in a timely manner and discern whether or not the cases had been spread inter or intranationally. Between 1950 and 2011, Paraguay developed and implemented programs and policies meant to both control and eliminate the disease; the country registered its last case of P. Vivax Malaria, the most frequent cause of recurring malaria, in 2011.

After 2011, a five-year program focusing on case management, community engagement and public health education was launched in order to prevent transmission and prepare for official “elimination certification.”

Since the program’s completion in 2016, the Ministry of Health has launched a three-year initiative meant to further train Paraguay’s healthcare workers in regards to malaria. This prioritization will inevitably strengthen the country’s ability to promptly detect, diagnose and treat new malaria cases, as well as address the ongoing threat of “malaria importation.” The country has also prioritized controlling and minimizing mosquito populations within its borders.

The elimination of malaria provides economic leverage for Paraguay’s impoverished population. The significant financial burden of approximately $5 a day per malaria case, according to a study published by the U.S. National Library of Medicine, will no longer plague Paraguayan families. Such relief will help enable them to direct their money towards other essentials, such as food and education.

Malaria cases are typically concentrated in said rural areas, where many lack the resources and public health education to adequately detect or treat the virus. The immediate situation of these rural communities is only impacted by instances of extreme flooding, which act as a breeding ground for mosquitos (potential carriers of the virus).

Malaria primarily occurs in poor, tropical and sub-tropical regions of the world, most of which don’t have adequate access to primary care facilities – in many of the countries it’s present, malaria is the primary cause of death.

The virus is the result of a parasite carried by mosquitos. The most common symptoms of malaria include chills, fever and other flu-like symptoms. Left untreated, the disease can be fatal.

The groups most vulnerable to high levels of malaria transmission include young children and pregnant women. Malaria caused approximately 216 million clinical cases and over 440,000 deaths in 2016 alone.

The success of these programs provides a blueprint for other countries to successfully eliminate malaria themselves. Paraguay’s situation contrasts with those of other countries within the Americas, where the increase in malaria cases is greater than in any other region of the world. In fact, nine different countries reported malaria case increases of at least 20 percent between 2015 and 2016.

As a whole, however, Latin America witnessed over a 60 percent decrease in malaria cases between 2000 and 2015. As treatment and surveillance progress, many other countries will follow Paraguay in eliminating the virus. Argentina is expected to be certified later this year, and other malaria-free Latin American countries include Ecuador, El Salvador and Belize.

War on Want: Targeting the Root Causes of Global Poverty Thought-Provoking Facts about Poverty in the UK
Scroll to top