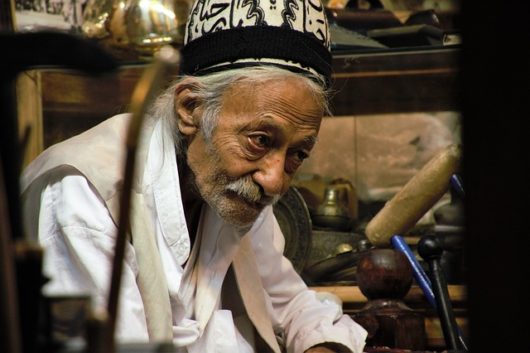 The Iranian government recently turned an eye towards aiding development and putting the nation back on track after the Iraq war. There is still a great deal of room for social reform in this improved state of development, especially in the area of elderly care in Iran.

Aid for the elderly population in Iran is projected to become a large issue, as the country experienced a baby boom in the years of the Iraq-Iran war (1980 to 1988) which will lead to an increased elderly population in the future. The rising rate of unemployment in Iran has made it difficult for the elderly to find and hold jobs, and most elderly people are unable to provide for themselves in their old age.

One-third of the Iranian elderly population is not covered by any health insurance; meanwhile, the Iranian government diminished the elderly retirement pension — only one-third of the elderly population receives a pension — while 20 percent of families are economically dependent on the senior householder. The elderly demographic has a very low socioeconomic status and basic insurance policies fail to cover most elderly care costs. Without the money to afford the extra costs, older people often fail to receive the help they need.

There are currently five main governmental organizations taxed with elderly care in Iran:

However, there are no clear developed policies on elderly care, and no single organization responsible for addressing this crucial societal need. As a result, ambiguity and uncertainty surround specific organizational responsibility.

Challenges of Elderly Care in Iran

Policy-making is one identified challenge of the elderly care process in addition to access, technical infrastructure, integrity and coordination and lastly, health-based care services. In regards to access, there are no transportation facilities and many of the elderly are entirely stuck at home due to physical reasons or an inability to pay for transportation costs.

Also, 70 percent of elderly people in Iran are illiterate, which impacts their awareness of access to resources. Currently, Iran does not have the physical, human and informational resources to implement an elderly care policy. This is concerning as the country is projected to experience fast demographic changes and a huge increase in the elderly population in the near future.

The country does have community-based services for the elderly such as nursing homes, adult daycare centers, cultural centers and meals on wheels; unfortunately, the distribution is sparse and these services are intended for mainly elderly people with disabilities. However, on a more positive note, the fact that this issue is being qualitatively and quantitatively studied is considered progress.

The country is still developing and many other issues surrounding poverty are the main focus of the government right now. There is still time to address the problem of elderly care in Iran before it becomes too big to handle, but the Iranian government will need to start taking action immediately.