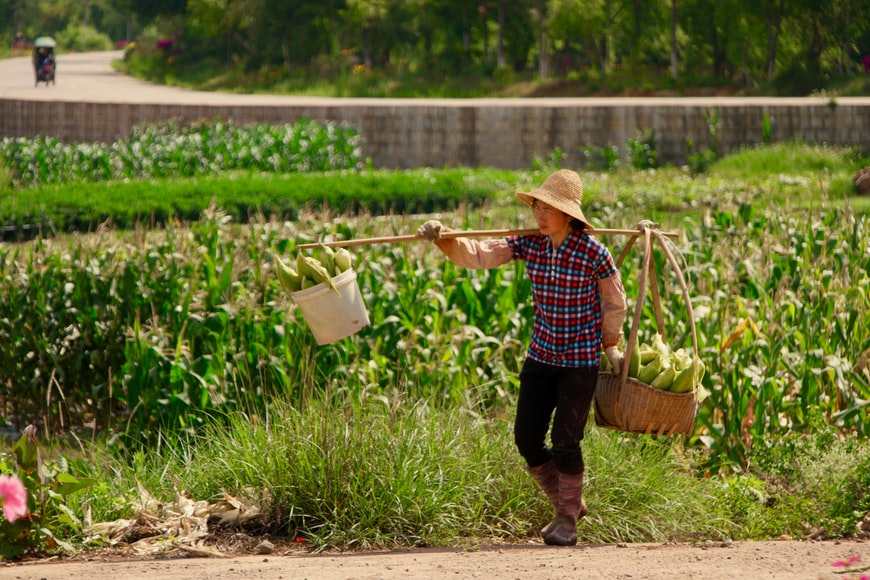 Social media app TikTok has turned some rural farmers in China and India into content-creating celebrities. The platform also provides many people with considerable income, giving some farmers an escape from poverty. However, it is uncertain whether this form of agricultural entrepreneurship will become widespread.

TikTok is an app that allows users to watch, create and share short videos on their phones. Its parent company is ByteDance, based in Bejing. TikTok is quickly becoming one of the most used social media platforms. CNBC reports that by July 2020, TikTok had more than 680 million global users. TikTok’s popularity has spread even to rural areas, notably in China and India. In the past few years, many rural Chinese and Indian farmers have made profits, sometimes in the millions, from ad sponsorships and selling crops through the app.

TikTok utilizes primarily audio and visuals, rather than text, allowing those with less education to easily navigate the platform. In China and India, there are education gaps in low-income agricultural areas. Thus, influencers in rural areas with low education have been able to create popular content. COVID-19 travel restrictions also necessitated that farmers find new ways to sell their goods. Many turned to video creation. Quarantine meant that more consumers were not only watching farmers’ TikTok videos but also desiring fresh produce for homecooked meals.

TikTok provided several benefits to low-income rural farmers in China and India. TikTok allows growers to sell directly to consumers. This has been especially popular in China, where e-commerce is widely used. In addition to increased income, the possibility of TikTok stardom offers respect often denied to low-income rural people. The LA Times quotes rural Indian TikTok sensation Gaikwad, who states, “But I got respect, legitimacy and confidence. We are poor people. We have never received any attention in life. All we have gotten is disdain and scorn. TikTok turned it around.”

Agricultural TikTok videos enticed consumers too. The number of rural TikTokers boasting 10k+ followers was six times higher in 2019-2020 than it was in 2018-2019, Bloomberg reports. Videos of open spaces and abundant fields provide a quaint image of country living — a mental escape from bustling cities. This comes at a time in which people in China and India are continually moving into urban areas. Between 2000 and 2020, the percentage of China’s population living in urban areas increased about 26%, according to the World Bank. In India, the percentage of people in cities increased about 7% during that period.

While TikTok continues to benefit many Chinese farmers, India banned the use of TikTok on June 29, 2020, allegedly for national security reasons. This ban followed a 2019 ban, which the government claimed was due to TikTok’s lack of regulation regarding pornographic content. India lifted the 2019 ban after TikTok took down videos of concern. The 2020 ban however appears to be permanent. Indians cannot access their terminated accounts.

Other countries worldwide have also banned or are considering banning TikTok due to concerns about personal data security and possible inappropriate content. Because of this, it seems the platform may have a limited reach in rural areas outside China for now. China also has technological advantages that other developing nations do not yet have, including 56% internet accessibility in rural areas and a strong e-commerce system. Both contributed to Chinese farmers’ TikTok success.

Relying on TikTok as a means of income in low-income agricultural areas has its drawbacks. Yet, this phenomenon demonstrates how rural farmers in China and India can harness creativity, adapting to a changing world. Farmers found ways to share agricultural knowledge and convey humor, crossing class divides. After India banned TikTok, rural influencers quickly switched to other platforms, including YouTube, Instagram and Indian-based apps. While it may not be exclusively through TikTok, as internet and smartphone access increase, perhaps more gregarious growers will soon find abundance through social media.