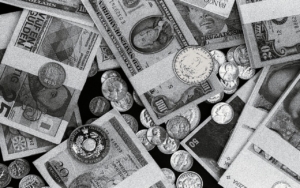 When it comes to global poverty, an important factor of a country’s economy is its inflation rate. Inflation occurs when the value of a nation’s currency decreases, but the prices for goods increase. Inflation affects many facets of everyday life, such as nationwide poverty rates, food and medical supplies.

In the 1970s world energy crisis, Venezuela was a highly profitable oil producer. After oil prices dropped once the energy crisis ended in the 1980s, Venezuela’s chief export greatly declined in revenue and its economy began to suffer. Despite the decline in exports, Venezuela still needed to spend large sums of funding on the importation of basic goods for its people. This led to inflation, as the country dug itself into deficit spending. To pay for imported goods, Venezuelan banks then printed out paper notes not backed by actual wealth.

Because of this economic crisis, poverty is widespread. In 2017, the poverty rate across Venezuelan households reached 87 percent. On top of widespread poverty, food and medical supply shortages are rampant across Venezuela. The health of its people has deteriorated as weight loss and the spread of disease inflict the nation.

Currently, the Venezuelan government rejects the International Monetary Fund’s option to default on its debt. Venezuelan U.N. representatives have commented that in order for the nation to progress, it needs internal structural changes, not foreign aid.

South Sudan’s economy is also almost entirely oil-based. Of the countries in hyperinflation, South Sudan is the newest, gaining independence from British rule in 2011. However, South Sudan was quickly caught in a civil war from 2013 to 2018, soon after its founding. Damage to oil fields and other resources due to warfare severely affected the revenue of South Sudan’s exports. Inflation began as the struggle for resources and funding inflicted this budding nation.

South Sudan’s current economic crisis has caused mass poverty and food insecurity for its civilians. According to recent reports from the U.N., 43 percent of South Sudanese households are food insecure. At its peak, inflated food prices reached about 513 percent in December 2016. By the end of December 2018, the inflation on food prices dropped to 51 percent but is still hyperinflammatory by definition.

Unfortunately, South Sudan is currently not focusing on any poverty-reduction programs. According to the World Bank Organization, South Sudan’s overall inflation rate was an estimated 130.9 percent by the end of 2018; by the end of 2019, it is expected to drop to 49.3 percent, just under the hyperinflation threshold. However, given the financial instability of the nation, South Sudan will remain under close observation of the International Monetary Fund and similar entities for the foreseeable future.

Zimbabwe’s economy thrived in the 1980s and early 1990s, after declaring its independence from British control and creating its own domestic dollar currency in celebration. In the 1990s, however, Zimbabwe’s agricultural-based economy took a major hit after a series of crop failures. Compounded by the high costs of imports and funding for the war, Zimbabwe’s economy began to falter. In a panic to pay for goods, Zimbabwean banks rushed to print excess bills, leading the nation into hyperinflation.

Zimbabwe’s economy reached hyperinflation in March 2007, just passing the 50 percent threshold. For the next year, the nation’s inflation was a tumultuous series of highs and lows, eventually reaching a staggering 79.6 billion percent in November 2008. Eventually, Zimbabwe was forced to abandon its domestic currency, as its own population boycotted using the drastically inflated Zimbabwean dollar.

Despite the nation’s inflation rate lowering back down to 59.4 percent as of February 2019, Zimbabwe is still struggling to limit its cost of imports and boost its revenue from exports.

While there are numerous potential ways to address hyperinflation, a common solution for this phenomenon is dollarization — the abandonment of a failing domestic currency in favor of a stable foreign currency. A notable success story of dollarization is Montenegro, where the considerably weak Yugoslavic dinar was replaced with the euro, a more stable currency used widespread across the European Union. Before total dollarization, the inflation in Montenegro peaked at 26.5 percent in 2001. After adopting the euro, the country’s inflation is under one percent, as of 2019.