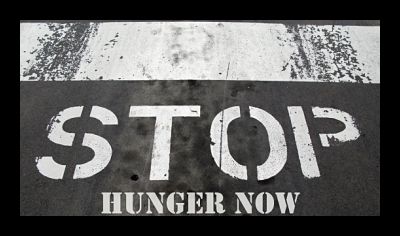 It might be hard to believe that hunger kills more people every year than AIDS, malaria and tuberculosis combined. Roughly 800 million people in the world are chronically malnourished, with the majority living in developing countries. Here is a look at three nonprofit organizations that are fighting to end world hunger:

This global humanitarian organization works not only towards ending global hunger, but also in creating long-term strategies that capitalize on self-sufficient workers. Malnutrition claims the lives of over a million children, although the disease is preventable and treatable. Most of Action Against Hunger’s funding goes directly to these life-saving programs. For every $1 they raise, $0.91 is spent on program activities. Charity Navigator has given the organization the highest four-star rating seven years in a row.

For the last 15 years, Stop Hunger Now has coordinated the distribution of food and other needed aid to children all over the world. They target vulnerable populations and aim to involve the global community in mobilizing the necessary resources. In 2005, the organization created the meal packaging program, which combines rice, beans, vegetables and the essential nutrients and vitamins all into one small package. With each meal costing roughly $0.29, SHN is able to ship and distribute the meals all over the world. In fact, one SHN packaging event can result in more than 1,000,000 meals.

A humanitarian organization that is fighting to end global poverty, CARE staff has worked in a multitude of countries serving some of the poorest communities and populations. Since it sent the first CARE package in 1946, the organization has been addressing the issues of food insecurity all over the globe. CARE often focuses on hunger caused by natural disasters and conflict. In countries such as Chad, Lesotho, Niger and South Sudan, CARE’s programs have helped reduce the risk of disasters and food insecurity by promoting environmental sustainability and empowering people economically.

Bring Back Our Girls: A Possible Return Home? Malnutrition in Benin
Scroll to top