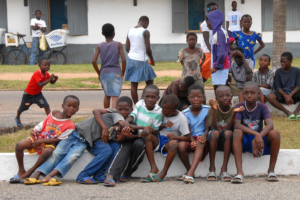 As of 2018, Gabon had the third-highest rate of tuberculosis among African countries, with a yearly occurrence of 428 cases per 100,000 people. Tuberculosis is so prevalent in Gabon, in part, because it often goes undiagnosed and is poorly treated. In addition, the rates of local transmission and drug resistance are high, leading to a tuberculosis crisis in Gabon.

Effective diagnosis and treatment of tuberculosis in a laboratory setting is crucial to the prevention and treatment of the disease. Limited access to laboratory diagnosis is one of the main contributing factors to the tuberculosis crisis in Gabon. CERMEL, a not-for-profit center for research in Lambaréné, is the country’s foremost resource for tuberculosis research. In the past decade, CERMEL has held events regarding the treatment and diagnosis of tuberculosis, through which doctors share research and information. Though the center was established over 30 years ago, CERMEL has devoted considerable resources to tuberculosis only in recent years. Gabon has also received support from the Global Fund, an international financing and partnership organization. Before 2015, however, the country was receiving no outside financial support to deal with the tuberculosis crisis.

Another issue Gabon faces is the simultaneous prevalence of tuberculosis and HIV. In 2012 and 2013, the co-infection rate of these diseases was 42% in adults and 16% in children. The mortality rate for those infected by both TB and HIV was 25%.

Cultural and socioeconomic factors contribute to Gabon’s high infection rates and low treatment success rates. When it comes to TB, patients often do not follow “doctor’s orders.” This is largely due to patients’ belief that they can be healed by visiting a spiritual doctor, rather than by going to the hospital. Additionally, high transportation costs and improper diagnosis and treatment prevent patients from taking healthcare professionals’ advice seriously.

The prevalence of multidrug-resistant tuberculosis, or MDR-TB, is yet another concern. Like many countries in sub-Saharan Africa, Gabon has limited access to the second line of drugs used to treat tuberculosis in drug-resistant cases. The first MDR-TB treatment center was opened in Gabon in 2015, in Lambaréné, with the laboratory support of CERMEL. The German Ministry of Health provided funding for a trial study of second-line drug treatment for patients in Gabon, which showed positive effects — 63% of patients were cured. However, the drugs used in second-line treatment are harsh and often cause adverse effects, such as gastrointestinal problems.

Expanding laboratory infrastructure will be invaluable in stopping the tuberculosis crisis in Gabon. As it stands, CERMEL is one of the only research laboratories in the country and newer data on TB is not available. CERMEL has helped get the ball rolling for research on the disease, but further laboratory spaces and doctors are necessary. Additionally, to quell the tuberculosis crisis in Gabon, healthcare professionals will have to engage the population in ways that account for prevailing cultural beliefs and socioeconomic realities.