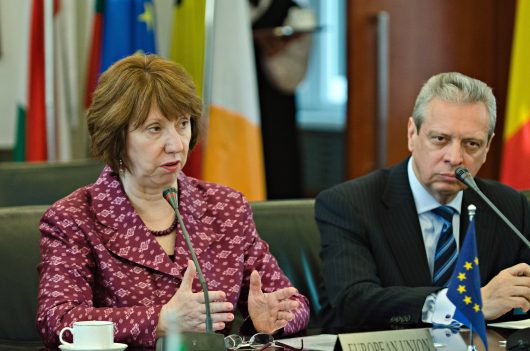 The role of unofficial diplomacy, also known as Track II diplomacy, became increasingly helpful for state crafting. This method of diplomacy started in the U.S. by a group of academics, state department bureaucrats and public intellectuals during the 1970s.

The methods grew out of the conflicts of the Cold War including Soviet-U.S. spy scandals and the Arab-Israeli conflict. By the 1980s and 1990s, many individuals and public institutions were taking part of unofficial diplomacy. Currently, Track II diplomacy is taught in several graduate programs.

The method encourages negotiators and private individuals to meet in an informal and unofficial setting to make common ground where normal diplomatic negotiators can’t.

An example where Track II diplomacy is used to resolve conflict is in India. For decades, India and Pakistan are fighting for the disputed Kashmir. The tension could escalate again into a conflict between the two countries.

In order to prevent such a situation, Track II diplomacy could bring more stakeholders to the negotiations table. According to the Diplomat, a genuine people-to-people approach would only help reach long-term peace among the two nuclear countries.

In order for unofficial diplomacy process to succeed in the conflict of Kashmir, Track II efforts should include groups who are not necessarily on either side. This includes diverse media and not just local media of both sides.

Also, diplomacy efforts should be conducted in local areas of the conflicts. This includes suburban towns that are not major cities. Agendas for prospective agreements should be open and not limited to biased goals.

A more practical example of the use of unofficial diplomacy is the resolved disputes between the U.S. and Iran. The tensions were high after the Iranian revolution and the hostage crisis.

Through implementing frequent use, the role of unofficial diplomacy will aid in the ability to civilly resolve disputes.