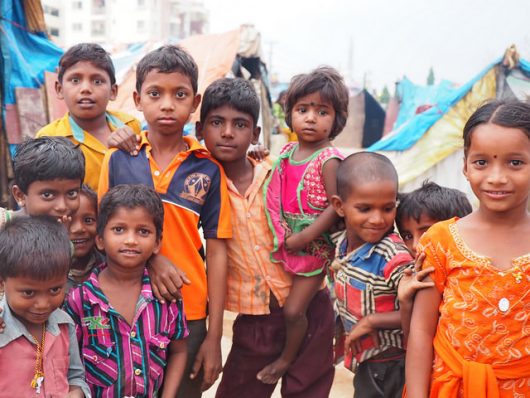 The psychology of poverty is another facet of poverty’s debilitating toll on individuals. An article by the Association for Psychological Science states that people who deal with “stressors” like poverty and discrimination are more susceptible to physical and mental disorders.

Studies have demonstrated that children who grow up poor have lesser amounts of gray matter in their frontal and parietal lobes. Poverty also affects the size of their hippocampus and amygdala, parts of the brain responsible for memory, learning and processing social and emotional information. Furthermore, children from poor families have decreased access to cognitive stimuli. Cognitive stimuli include things such as books, computers and other learning resources. These effects impede a child’s learning ability.

Living in poverty, especially persistent poverty, increases an individual’s likelihood of suffering from anxiety, depression and attention problems. These are complex symptoms that provide more barriers to escaping poverty.

Martha J. Farah, a University of Pennsylvania professor, says that studies have shown that many people think that those who are poor are poor because they do not try hard enough. She says that neurons should not be blamed, though.

Commenting on Carson’s statement about poverty as a state of mind, Gary Evans, a professor at Cornell University, said that “he’s correct in identifying that there’s this link [between the state of mind and poverty], but I think he’s got the relationships backward.”

The American dream mentality that encourages individuals to pull themselves up by their bootstraps and march onward towards a better life has merit in its promotion of perseverance. Its harms, especially when intermingled with poverty, lie in its tendency to individualize progress. In other words, it may frown upon outside help. Furthermore, it may diminish the complexity of poverty’s hold on households.

The psychology of poverty further demonstrates its complexities. And complex problems rarely have simple solutions. Poverty is a beast that must be tamed collaboratively with individual insight, community collaboration, a national passion and global innovation.