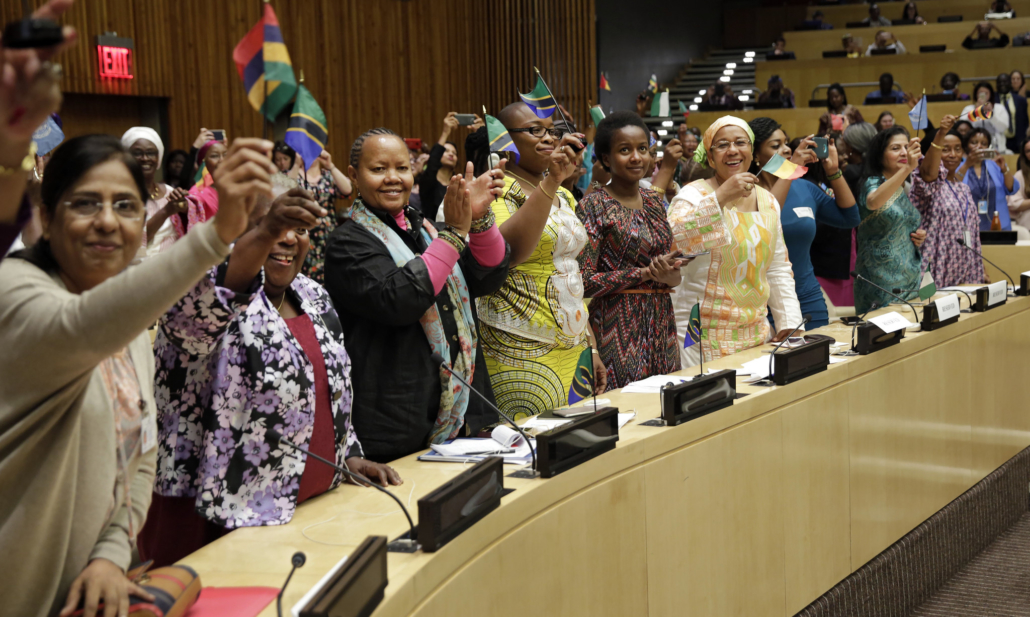 Ellen Johnson-Sirleaf, Liberia’s Former President and Nobel Peace Prize Winner, made history in 2006 as the first female head of state in Africa and the first black woman head of state. Since then, the world has witnessed a tremendous increase in female political leadership in Africa. This article examines the extraordinary progress in expanding women’s leadership in Africa, the importance of such leadership and the challenges that remain before full equality can be achieved.

Rwanda now has the highest percentage of women in parliamentary positions in the world, along with South Africa, Senegal, Namibia and Mozambique in top 20, according to 2020 data from the IPU-UN Women Map of Women in Politics. Despite this relative success, Africa still needs to double representation rates to achieve gender equality. Contemporary scholarship regarding women’s leadership also underscores that increased representation does not necessarily mean increased influence: the types of role women undertake, such as the portfolios they oversee as ministers or the nature of their work in a company, often reveal more about their real influence.

Recent successes of women-led nations in dealing with the COVID-19 pandemic have prompted further investigation into the benefits of women’s leadership and political representation. A NYTimes article proposes that women leaders tend to value varied information sources and diverse perspectives, while The Guardian cites evidence suggesting that female leaders are more likely to employ risk averse strategies to protect their citizens. Regarding the success of African women leaders in handling the COVID-19 health crisis, Former Liberian President Ellen Johnson-Sirleaf remarks: “Women leaders are better placed to draw on informal networks to mobilize rapid responses and community support. They are used to finding alternative resources and building ingenious partnerships to solve problems.” Indeed, given the outstanding challenges Africa faces––population density, limited health infrastructure and inadequate sanitation, to name a few––the containment of the virus in Africa is proof of talented, thoughtful, and compassionate leadership.

Rising female leadership in Africa reflects an encouraging global trend. The proportion of women ministers worldwide is at an all-time high at 21.3 percent, which is up 7.1 percentage points from 2005. However, only 14 countries in the world have 50 percent or more women in their cabinet, and Rwanda is one of them at 53.6 percent. Rwanda also has the highest percentage of women in parliament in the world with 61.3 percent. Other African countries with high percentages of women are South Africa (46.3), Senegal (43.0), Namibia (42.7) and Mozambique (41.2). The regional average for Sub-Saharan Africa is 24.4 percent, which closely follows the world average of 24.9 percent. However, this number masks wide disparities: some African countries rank at the bottom of the list, for instance Nigeria (3.4 percent), Benin (7.2 percent) and Gambia (8.6 percent). Further progress is necessary in expanding the range of portfolios held by women. Fifty percent of African female cabinet members hold social welfare portfolios while only 30 percent are in charge of finance, infrastructure, defense and foreign affairs – departments that have more political influence and more often lead to higher senior positions, such as head of state. Expanding women’s presence in these areas would ensure that women voices are heard at the highest level of decision-making and governance.

Research has found a correlation between women’s representation and profitability. The Women Matter Africa report by McKinsey&Company found that the earning margin from companies with at least a quarter share of women on their boards was, on average, 20 percent higher than the industry average. Findings from a Peterson Institute for International Economics report, “Is Gender Diversity Profitable?”, show that moving from a no-women board to 30 percent representation corresponds with a 15 percent increase in profitability. Research has found that executive boards with more women tend to manage risks better, which directly improves finances. Experts agree that women’s participation in decision-making processes fosters openness to new perspectives, collaboration and inclusiveness, and strength in ethics and fairness.

In the private sector, Africa performs well globally with a higher-than-average proportion of women CEOs, executive committee and board members. However, statistics vary widely by region. At board level, African women held 14 percent of seats compared to the world average of 13 in 2016. However, this number was 20 percent in Southern Africa and 9 percent in North Africa. Women are most poorly represented at the highest level: A 2017 South Africa Census found that while 20.7 percent of Directors and 29.4 percent of Executive Managers were women, women accounted for only 11.8 percent of CEOs or Chairpersons.

Contemporary literature about women’s leadership in Africa underscores persistent barriers and systemic challenges such as early socialization, gender stereotyping, limited educational attainment, and discriminatory policies and procedures. Gender norms in Africa emphasize the primary role of women as mothers and wives, which discourages them from joining the workplace and ascending to higher positions. At work, recruitment and promotion procedures often work against women’s success, and normative perceptions of women as incompetent subject them to more rigorous standards of performance. Going forward, women’s leadership in Africa would benefit from continued theoretical research, advocacy and discussion that embrace the complexity and diversity of African women leaders. The African Women Leaders Network, the premiere advocacy group with the mission of elevating the status of women’s leadership in Africa, outlines key priorities in their fight: eradicate violence against women an girls; increase access to education; promote a women-driven care economy; and encourage young female leadership. In the words of Ellen Johnson Sirleaf: “Now is the time to recognize that developmental transformation and true peace cannot come without fundamental change in who is leading and the ways of leading.”