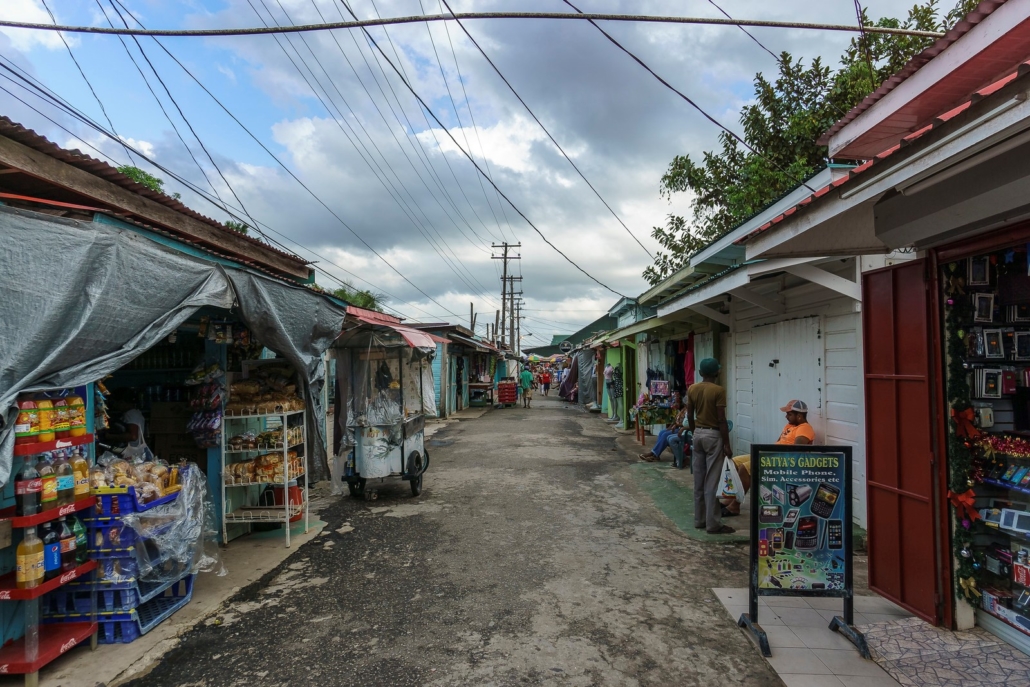 The 2018 oil discovery in Guyana means this former British Colony can expect a massive increase in wealth by the early 2020s. The country found over three billion barrels worth of oil off its coast and it will likely positively impact its future economy. By 2020 Guyana will be a major petroleum producer. This may lead to a 300 percent increase in Guyana’s GDP by 2025.

For a country that heavily relies on agricultural, mining and lumber exports such as sugar, rice, bauxite, timber and gold, the oil revenue will heavily impact the Guyanese economy. As of now, Guyana’s agriculture industry experiences many ups and downs because of its vulnerability to floods. Between 1990 and 2014, floods were responsible for 93.6 percent for Guyana’s economic inactivity.

Currently, the oil project is still under production so it does not account for any percentage of the GDP. The oil and gas revenue, however, for the 2017 fiscal year is $2.8 billion. This accounts for only 14 percent of the Guyanese revenue generated by extractives.

As of 2017, 36 percent of Guyana’s population lived in poverty with unemployment rates almost reaching 12 percent. Education and trade learning are essential for the elevation of a country out of poverty. However, many are unable to continue their education after primary school. Youth from 15 to 24 make up 40 percent of the population, yet unemployment rates for them are 22 percent. Fortunately, with the recent oil discovery, Guyana’s oil industry has hired 10 more graduates of the University of Guyana in 2018 than it did in 2017. However, since the oil discovery, Guyana’s unemployment rates have remained around 11 to 12 percentage. As of 2019, oil and gas companies claimed 51 employees making up only 0.02 percent of the population.

What is the Resource Curse?

The resource curse refers to the idea that countries with a significant amount of their own natural resources experience little economic growth, development and more authoritarianism. The oil industry is unpredictable, and when governments tend to rely on it, citizens suffer. Several countries that were once in Guyana’s shoes, like Nigeria and Venezuela, experienced corruption and a contradicting lack of economic growth when their oil business began to boom. The influx of wealth that accompanies the discovery of oil, transparency, accountability and active oversight are important for avoiding the feared resource curse.

Venezuela, Nigeria and the Resource Curse

Venezuela’s oil reserves are larger than any other country’s. Since Venezuela’s focus on oil meant that it ignored other industries, however, poverty in Venezuela has reached devastating highs. Children have been suffering from malnutrition at alarming rates, and as of 2018 up to two million people have fled the country.

In Nigeria, the influx of oil came with a bevy of problems including theft of oil pipes, damage to nearby ecological systems, oil spills and abuse of the natural resource wealth. According to the World Bank, only one percent of the Nigerian population benefits from just 80 percent of the revenue brought in by the oil. The attention and support that Nigeria received for its oil industry also meant that the country neglected other industries like agriculture.

The EITI and NPPDG in Guyana

Upon the recent oil discovery in Guyana, the country has become apart of the Extractive Industry Transparency Initiative (EITI) and the New Petroleum Producers Discussion Group (NPPDG).

The goal of the EITI is to ensure that a country is managing its natural resources in a way that benefits its citizens as much as possible. Some key standards of the EITI include informing the public, providing transparency within governments and companies dealing with the natural resources and holding those in power accountable.

The purpose of the NPPDG is to help emerging oil producers make effective policies and decisions and remain proactive. Governments receive training sessions, mentorships and existing techniques via current successful oil-producing countries. Countries can provide one another with advice and support when facing novel challenges. In a summary of the most recent NPPDG meeting, consistency and politics were topics of discussion for Guyana. Because oil-production is a long-term project, keeping plans consistent and on track despite the occasional election of new leaders is a topic of concern for Guyana. This is mainly because prior to the discovery of the oil, Guyana began its Low Carbon Development Strategy. In this strategy, the country developed plans to fight climate change through sustainable development. According to the report, participants of the meeting are concerned that the recent oil discovery and subsequent oil production may not fit in with the Low Carbon Development Strategy.

All in all, this oil discovery in Guyana could have an extremely positive impact on the Guyanese economy. Looking at other successful oil-producing countries for guidance, and learning from other country’s mistakes will allow Guyana to make the best decisions for its citizens.

Bipartisan Congressmen Introduce Legislation to Combat Corruption Around the...Programs Through the U.S. Embassy in Cambodia
Scroll to top