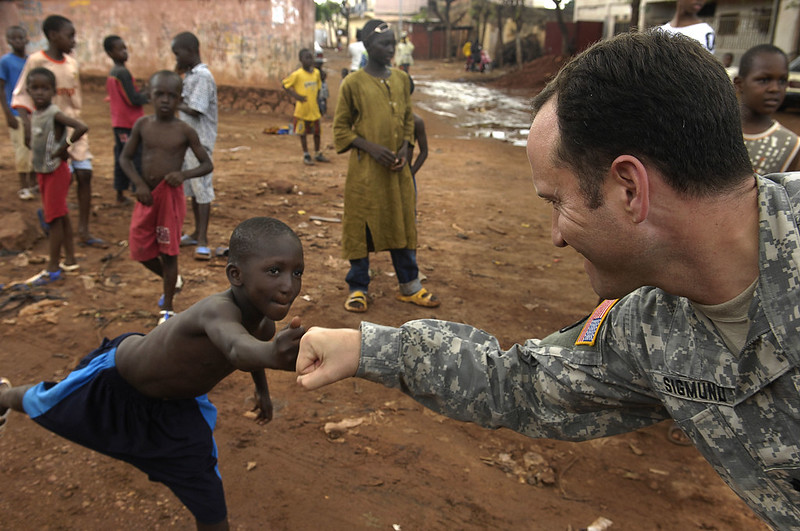 Mali recently decided to ban all non-governmental organizations operating with funds or support from France. The decision came in response to France’s announcement to “suspend[]its official development assistance to Mali.” France cited the Malian junta’s alleged use of “the Russian paramilitary group Wagner” to combat jihadism as the reason for this disassociation. Wagner has a reputation for brutality, standing accused of such crimes as rape, abuse of human rights and massacres. The Malian military junta has denied accusations of using Wagner, with Colonel Maiga condemning the allegations as “fanciful allegations” and “subterfuge,” Africa News reported.

Despite the denial of these allegations, tensions have ratcheted and the Malian military junta has chosen to ban all NGOs related to France including organizations focused on providing humanitarian aid. France, similarly, has not accepted Mali’s denial and views the alleged participation of the Russian Wagner group as a “collaboration between the two countries.”

Effects of Aid Loss in Mali

The removal of aid could prove devastating for Mali, which has faced a variety of crises including extreme poverty, the spread of jihadism and massive civilian displacement. For instance, Action Against Hunger reported that, in Mali, almost 70% of the population lives in poverty. Worsening conditions related to conflict and recent droughts have led to many children suffering from severe malnutrition.

Many French NGOs are working in Mali on issues related to food security, health and access to education and French military aid withdrew in August 2022. Germany also made the decision to pull out of Mali and while the Malian military junta has appeared unconcerned, Souleymane Camara, president of the Malian human rights organization LNDH, has claimed, “The withdrawal of the forces of countries that came to help contain the advance of the Jihadists is very worrying because Mali does not have the means to deal with the situation.”

The Malian military junta’s vice president, Fousseynou Ouattara remarked that Mali is against “permanently expanding a foreign military presence on our territory.” However, Mali’s relationship with Germany has been much less tumultuous, with Germany electing to leave some troops in place in anticipation of the February elections and Mali and parliamentary secretary of Mali’s transitional government, Amadou Maiga, has expressed gratitude to Germany and voiced an interest in resuming their alliance in the future, stating, “I think that the cooperation will continue on other levels, like development and security. We thank them and we will face our destiny,” DW reported.

Tensions with France are not a new conflict in Mali, which has a history that French interventionism has broadly defined. France colonized Mali in 1890, making it French Sudan. The conflict between France and Mali has continued to define the region, as France colonized various regions of West Africa, often with a complete lack of concern for the “local ethnic, religious and cultural dynamics” and “the political and cultural ecologies of the regions…” While this has led to internal conflict, France has also been guilty of more modern atrocities, such as supporting the Algerian government’s “repression of the democratic transition that began in 1988.”

This decision ultimately resulted in the formation of the Islamic Salvation Front which then took power as an oppressive and authoritarian regime with western backing. France also voiced support for Tunisian dictator Zine El Abidine Ben Ali in 2012, which lead to fallout and increased violence that endangered West Africa, according to Al Jazeera.

This history has made it difficult for Mali to conceptualize France’s presence as anything other than antagonistic, as it has seen the nation interfere with democracy in the past. One could broadly describe Mali’s military junta’s unease with French aid as a result of France’s own making in relation to this history of recent failures. This situation makes it particularly difficult to remedy, as Mali’s military junta is resistant to western aid. However, many France-dependent NGOs are advocating for their ability to work in Mali. CCFD Terre-Solidaire, Handicap International, Médecins du Monde and Oxfam have penned a letter to French President, Emmanuel Macron, claiming that ending aid in Mali would lead to “the cessation of essential, even vital activities (…) for the benefit of populations in situations of great fragility or poverty,” Africa News reported.

Despite fears of rising jihadism, Mali also remains hopeful, as Amadou Maiga claims military withdrawal from the west will “require a reorganization of our troops and maybe a little more logistics”, adding, “But we’ll deal with it. We’ve been expecting this,” according to DW. Hopefully, Mali can reroute its aid relations to nations with whom they have less tumultuous histories and defend against jihadist attacks in the meantime. Also, stabilization could possibly be restored after the German-supervised February 2024 elections.