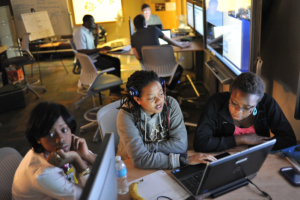 A new study from the Balkan Journal of Social Sciences suggests that software piracy can actually assist in relieving poverty. The implications of the study contribute to a broader conversation regarding barriers to access in tech-based fields. Specifically, for those who cannot afford to purchase expensive software, there are fewer opportunities to hone skills and find professional work.  On the other hand, access to software to help master coding or editing skills leads people to jobs or the ability to launch a business.

Co-authors, Mustafa Ünver and Jülide Yalçinkaya Koyuncu released the study, “Does Software Piracy Mitigate Poverty? “Evidence from Developing and Latin American Countries” earlier this year. The study examines Latin American and developing countries between the years 2003 and 2017. It compares rates of piracy with several poverty indicators. Additionally, Ünver and Yalçinkaya Koyuncu ultimately controlled for three possibly intervening variables. They took unemployment, health expenditure and human capital into account, and found that those variables do not affect the results of this study.

The Balkan Journal of Social Science’s study is not the only study to suggest this relationship. In a report published in 2012 in the SSRN Electronic Journal, Simplice Asongu finds a similar relationship in his study of African countries. Asongu’s study is the first to examine the effects of piracy on inequality in Africa. He finds that “software piracy is good for the poor as it has a positive income-redistributive effect.”

One explanation for these findings is that software piracy can act as a gateway to more profitable professional work. For those who cannot afford the often expensive fees to properly access much high-end software, pirated versions may provide an easy way for those in poverty to learn a new set of skills that they can then apply to the professional market.

Torrentfreak, a website dedicated to covering technological issues, suggests that there could be an alternative explanation to these findings. While Torrentfreak does recognize piracy as a career gateway as a viable theory, it also suggests that the relationship could also work in reverse. Essentially, as poverty decreases, people in the country have more access to pirated software and the technology needed to run it.

How should ethics come into play with regard to the study findings? In reviewing the Balkan study results, Sovan Mandal points out in Good E Reader that while an increase in piracy may decrease poverty, promoting piracy, of course, may not be ethical.  or one thing, it hurts the original software providers by depriving them of legitimate earnings.  That, in turn, could lead to less innovation because developers would have less funding for research and development. Mandal postures that there will be an ongoing debate about the pros and cons of software piracy:  “…someone somewhere is downloading pirated versions of software or an e-book in an attempt to acquire the skills needed to break free from poverty. But how about those who use the same means to acquire skills meant for use in negative fields, like hacking, and such?”

A win-win scenario could be to provide greater access to software that is not pirated.  That is what a non-profit out of Atlanta, Georgia is doing.  The City of Refuge earned a $5.4 million grant from the U.S. Department of Labor to provide free tech training in two high-poverty Atlanta neighborhoods. City of Refuge plans to train 280 people in four years. Its training will instruct participants to work in web development and cybersecurity. The project additionally has several corporate sponsors such as Cox Enterprises, Elavon, EY and UPS.

The City of Refuge will place graduates as web designers or software engineers with a starting salary of $55,000. Alternatively, graduates can choose to take a $36,000 paid internship at one of the corporate sponsors. Further, City of Refuge promises to actively work on placement for any intern who doesn’t get a job at the end of the internship.

Both the study released this year and Asongu’s 2012 study conclusively underline that access to software piracy can have an inverse effect on the rate of poverty. The City of Refuge demonstrates the ways to mobilize the findings of the studies. The combination of corporate support and government funding allows training so more people can enter the workforce and leave poverty. And while the City of Refuge is in the United States, similar collaborations between governments, non-profits and tech corporations could run in low- and middle-income nations throughout the globe.